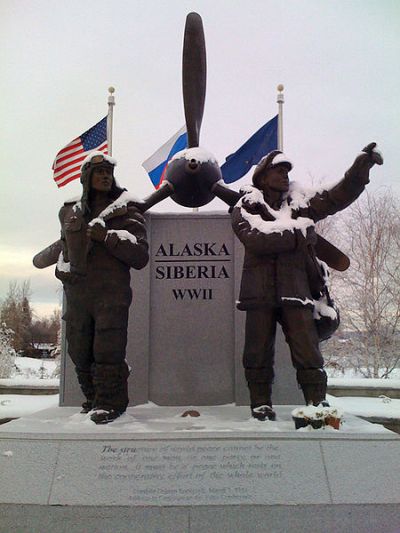 During the Second World War, Fairbanks was an important stopover point on the route for lend-lease aircraft headed to the Soviet Union, for their battle together with the Allies.

The structure of world peace cannot be the
work of one man, or one party, or one
nation... it must be a peace which rests on
the cooperative effort of the whole world.