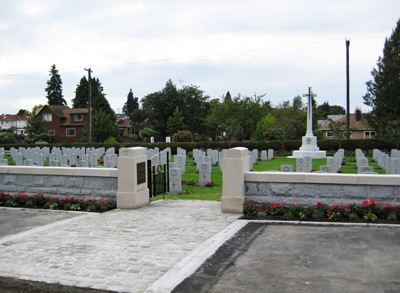 Mountain View Cemetery in Vancouver contains 259 Commonwealth war graves from the Second and 319 from the First World War.

During the Second World War, Vancouver was the port of embarkation for Canadian troops serving in the Far East. It was the headquarters of Military District No.11 and also of Pacific Command. Strong coastal artillery and anti aircraft defences were installed in the area. Most of the airmen buried here died while serving at the Royal Canadian Air Force base on Sea Island.