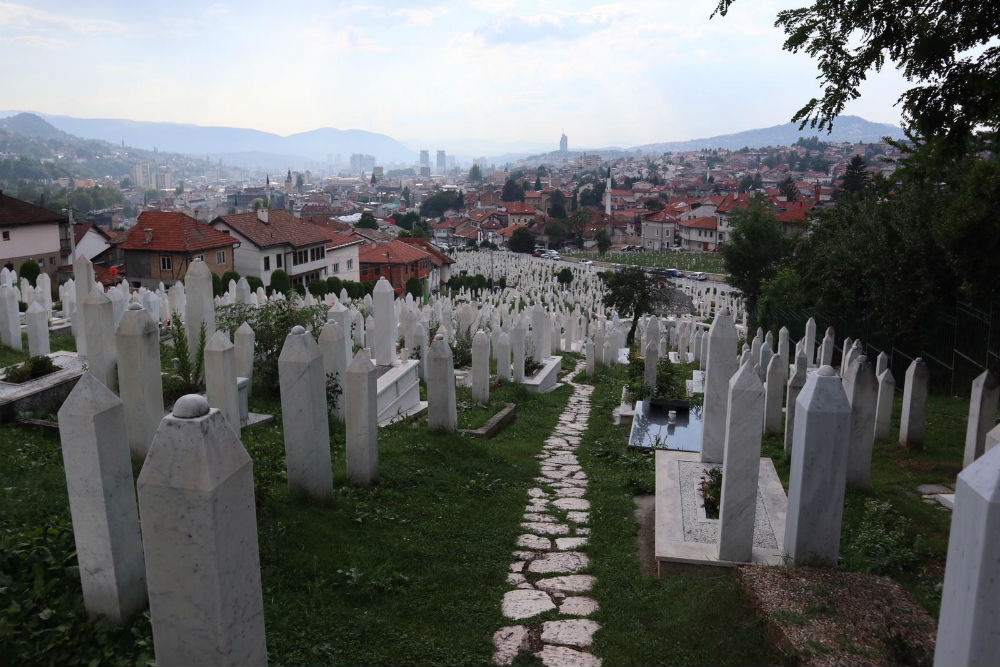 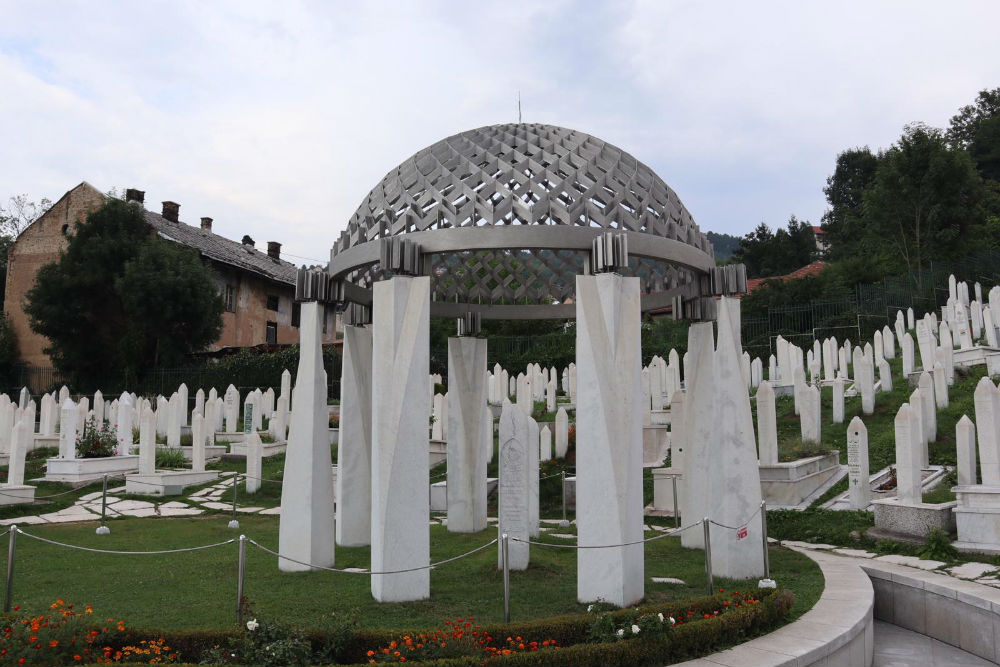 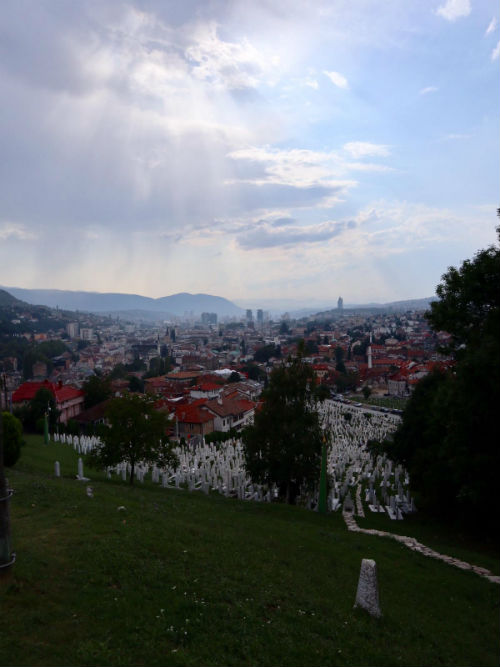 Alija Izetbegović (8 August 1925 - 19 October 2003) was the first president of the Yugoslav republic of Bosnia and Herzegovina. On 3 March 1992 he declared its independence which led to the war in Bosnia. In November 1995 the Presidents Izetbegović, Tuđjman (Croatia) and Milosevic (Serbia) signed a peace agreement in Dayton that formally ended the hostilities between Bosniaks, Serbs and Croats.
He is buried at the Kovači cemetery.