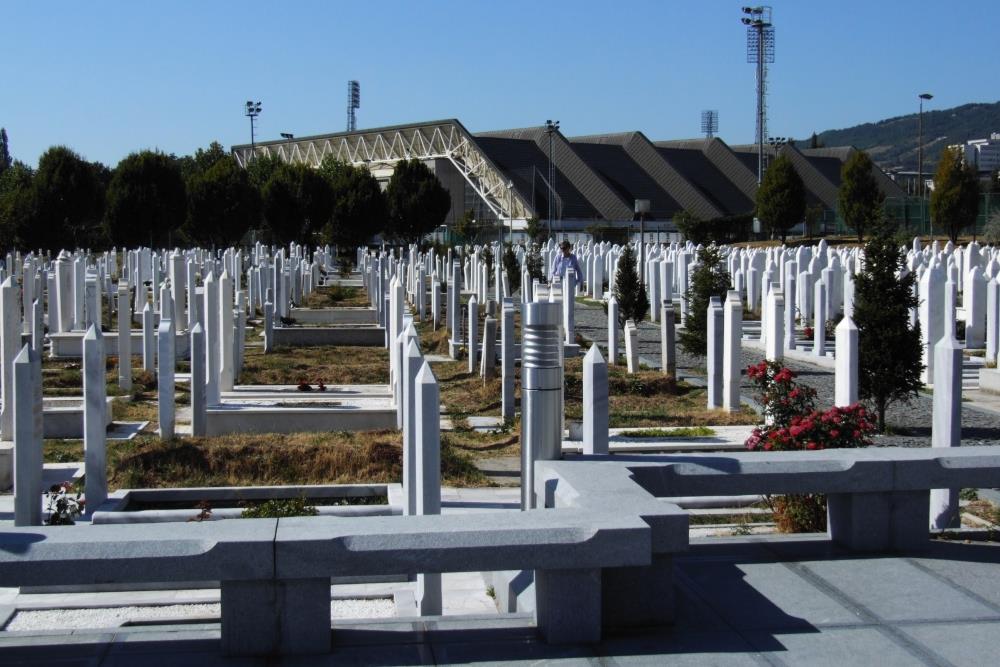 Many of the victims are buried on this cemetery (Mezarje Stadion), which is part of the Koevo cemetery complex. It is located at the Olympic Stadium of 1984.