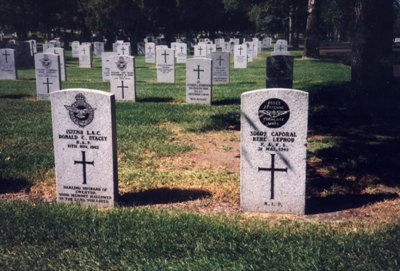 Hillside Cemetery in Medicine Hat contains nearly 60 Commonwealth war graves from the Second and nearly from the First World War.

During the Second World War, No.34 Service Flying Training School was established at Medicine Hat.