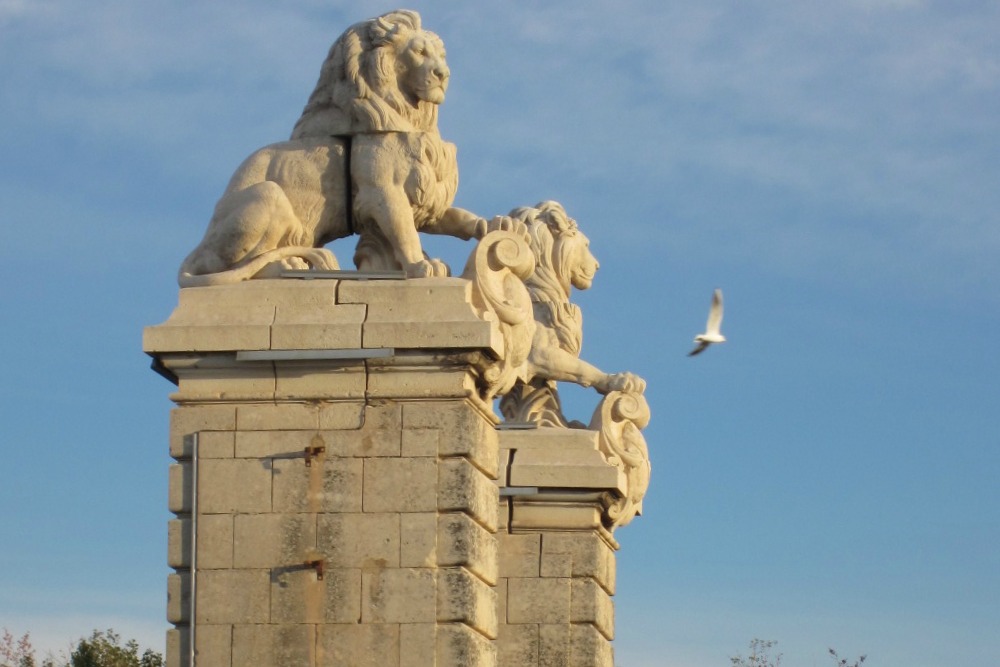 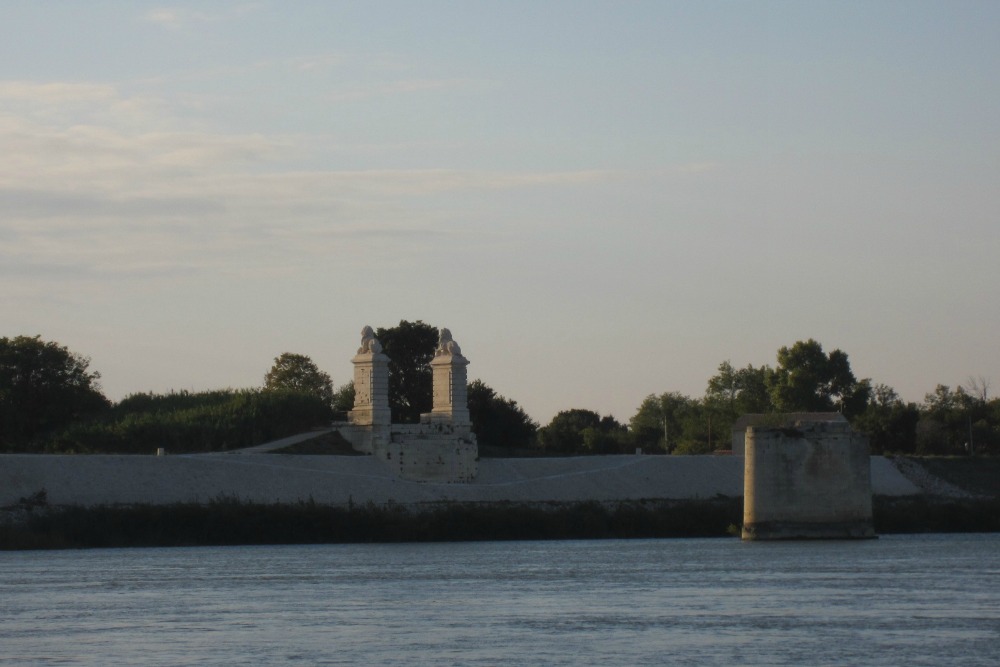 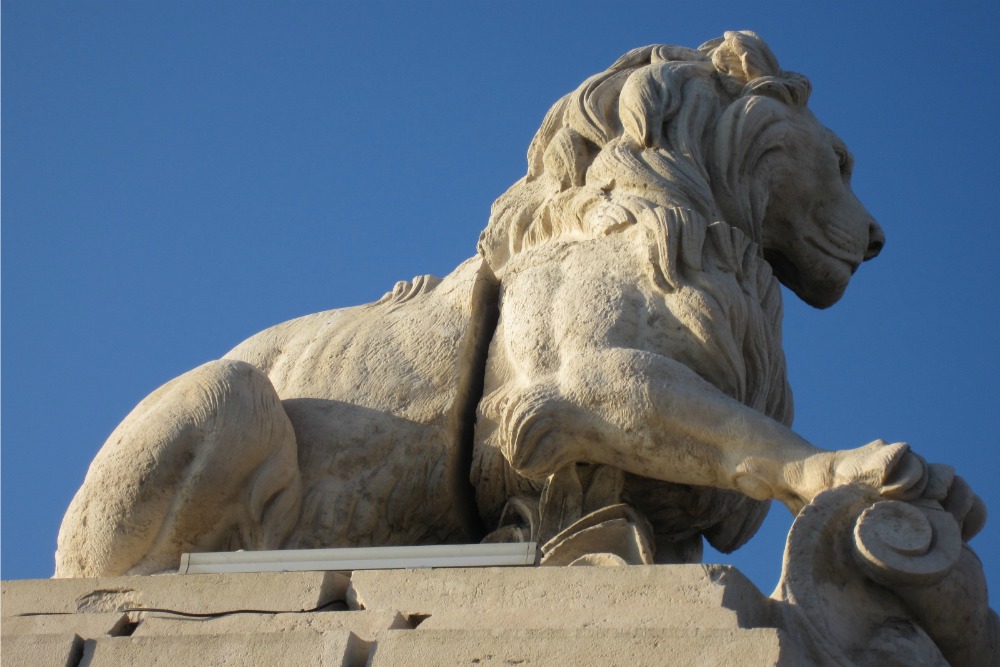 This railway bridge across the Rhône River in Arles, was put into service in 1868. It was bombed by the Allies on 6 August 1944 to disrupt German shipping. What remains are the abutments on each side of the river plus the stately lions which were sculpted by Pierre Louis Rouillard (1820-1881). The pillars and lions were restored in 2008. The bridge/site, located just above the "elbow" of the Rhone, is also called "Pont des Lions" and "Pont de Lunel" (for the city across the river it links to Arles).