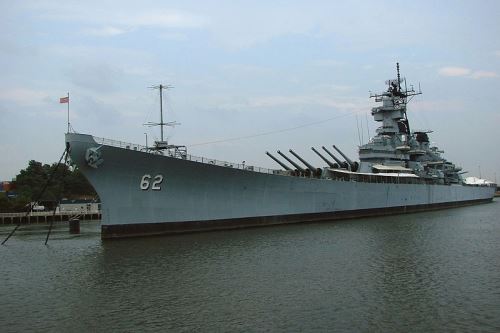 The USS New Jersey (BB-62; "Big J" or "Black Dragon") is an Iowa-class battleship which was build in World War II. After World War II, she served in the Korean War, the Vietnam War and during the Lebanese Civil War.

The USS New Jersey was decommissioned for the last time in 1991 (after serving a total of 21 years in the active fleet), having earned a Navy Unit Commendation for service in Vietnam and 19 battle and campaign stars for combat operations during World War II, the Korean War, the Vietnam War, the Lebanese Civil War and service in the Persian Gulf. On 15 October 2001, she became a museum ship.