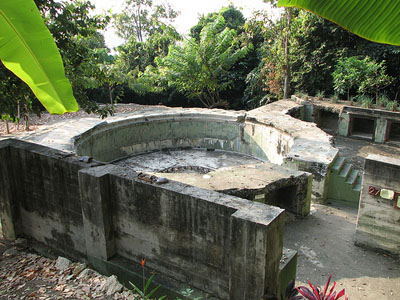 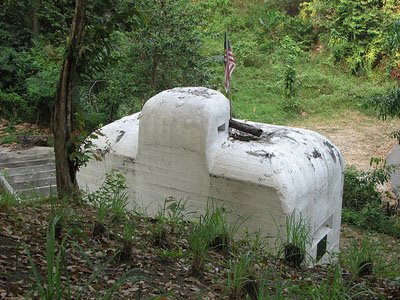 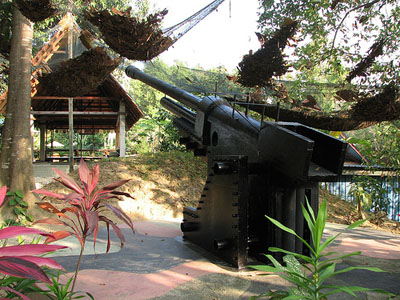 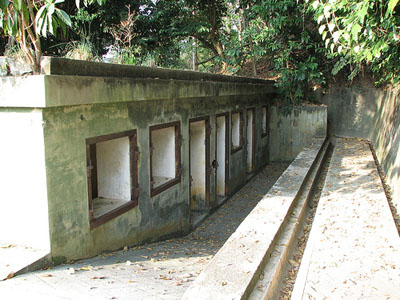 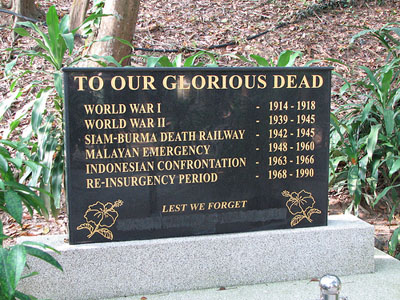 This fort was constructed in order by the British colonial government during the 30s to protect Penang from enemy attacks from the sea. In 1941, the fort composed of a network of many pillboxes, search light batteries, AA gun batteries, underground shelters an barracks.
When the Japanse Imperial Army landed at Penang on 12th December 1941, they found the fort abandoned and seized the island without suffering casualties.
During the Japanese occupation, the fort was used by the Japanese as internment camp for Prisoners of War. Many prisoners were tortured and executed here.

The fort today:
Today, the fort is known as War Museum Batu Maung and is partly reconstructed.