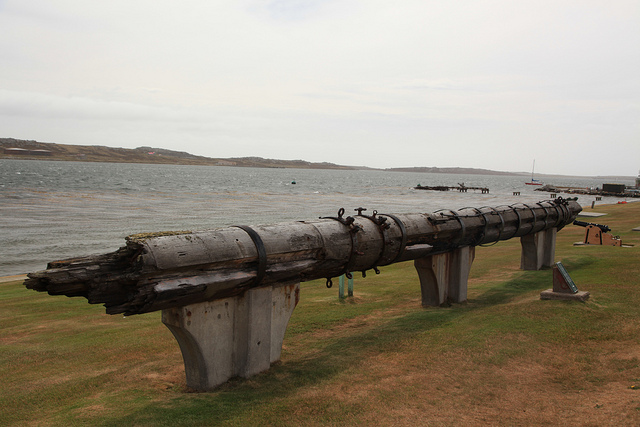 In 1882 Great Britain was converted into a sailing ship to transport bulk coal. As a bunker, she coaled the South Atlantic fleet that defeated Admiral Graf Maximilian von Spee's fleet in the First World War Battle of the Falkland Islands. In the Second World War, some of her iron was scavenged to repair HMS Exeter, one of the Royal Navy ships that fought the Graf Spee and was badly damaged during the Battle of the River Plate.
The Ship is restored from 1970 on and now a museum-ship in Bristol, England