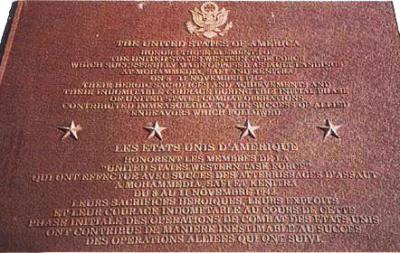 This plaque, officially named Western Naval Task Force Marker, is located at Ben M'Sick civilian cemetery. It commemorates the U.S. Western Task Force, which succesfully made assault landings on the coast of Morocco near Casablanca, from 8 to 11 November 1942.

It stands on the former U.S. military plot for WW2 war casualties. 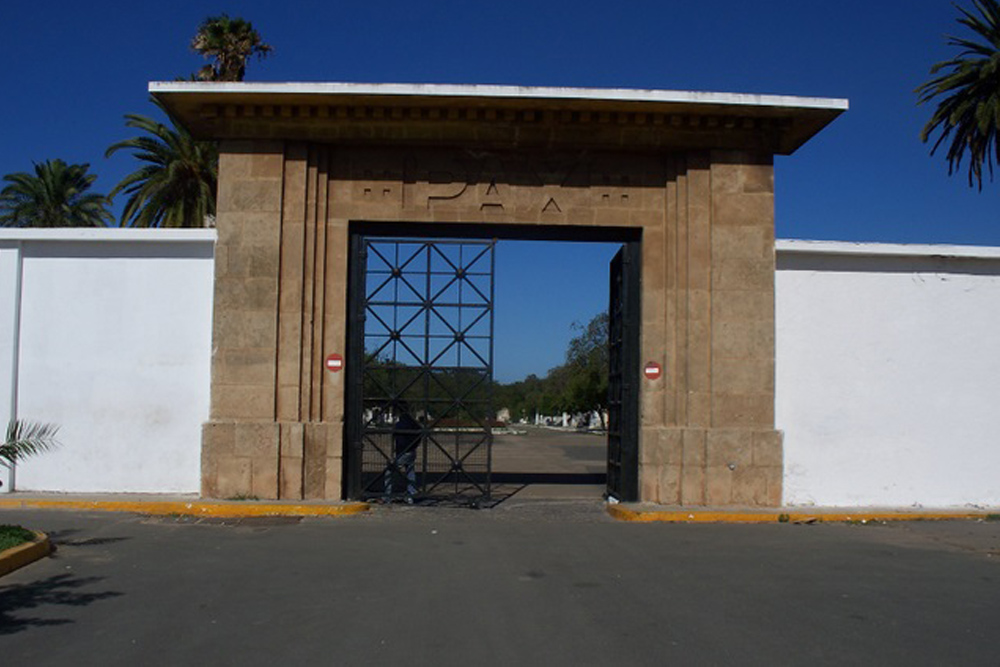