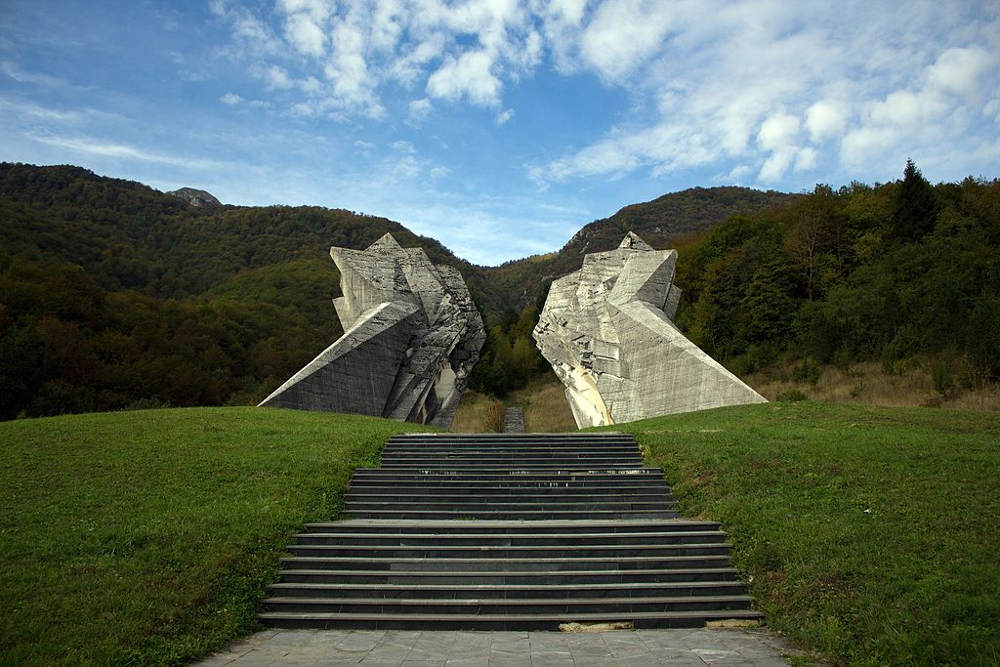 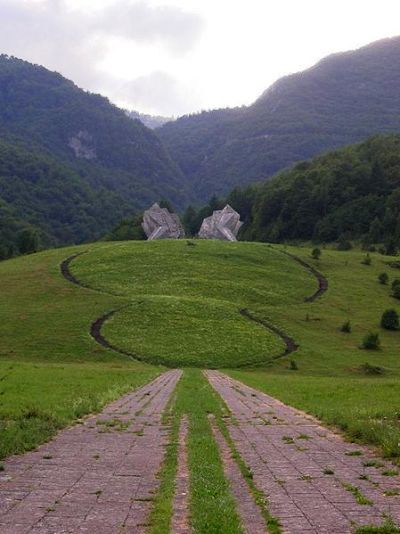 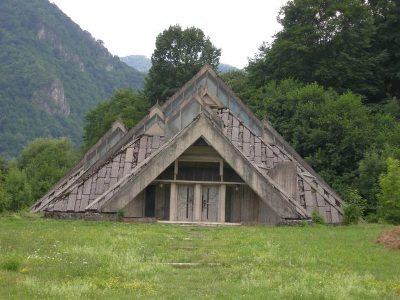 This memorial complex (with a small museum) commemorates the Battle of the Sutjeska (Serbo-Croatian: Bitka na Sutjesci), code-name Fall Schwarz. The battle took place from 15 May to 16 June 1943. The target was to eliminate the central Yugoslav Partisan formations and capture their commander, Josip Broz Tito.

The Axis rallied 127,000 land troops for the offensive, including German, Italian, NDH, Bulgarian and Greek SS-forces, as well as 300 planes. The Partisans had 18,000 men.
Afther heavy fights the Partisans succeeded to break trough en excape with the majority of the men. All men who could not escape, including a complete hospital, was murdered by the Axis-troops. In total, 6,391 Partisans and 2000 civilians died.

Because the major part of the Partisan army could escape, together with their leader Josib Broz Tito, operation Fall Schwarz failed. The failure of the offensive marked a turning point for Yugoslavia during the Second World War.