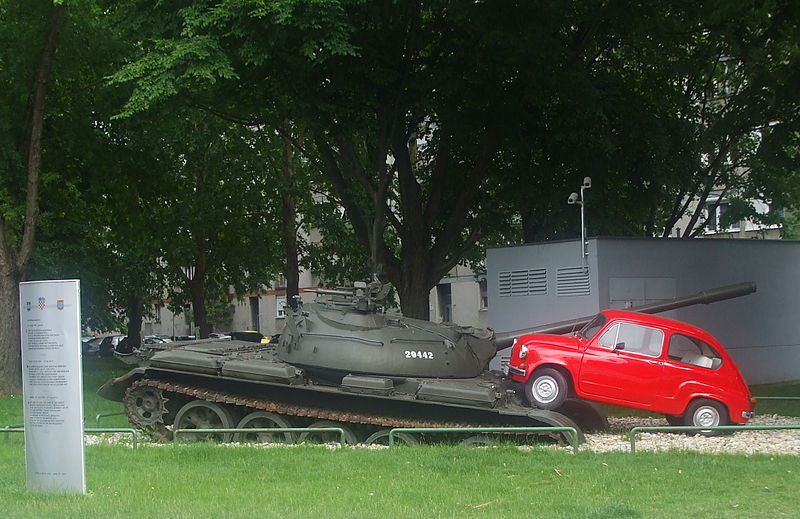 This memorial commemorates the artillery bombardment of the city of Osijek by the Yugoslav People's Army (JNA), which took place from August 1991 to June 1992. Airstrikes and attacks by JNA infantry and armored units against targets in the city accompanied the bombardment, which caused approximately 800 deaths and resulted in a large portion of the city's population leaving.