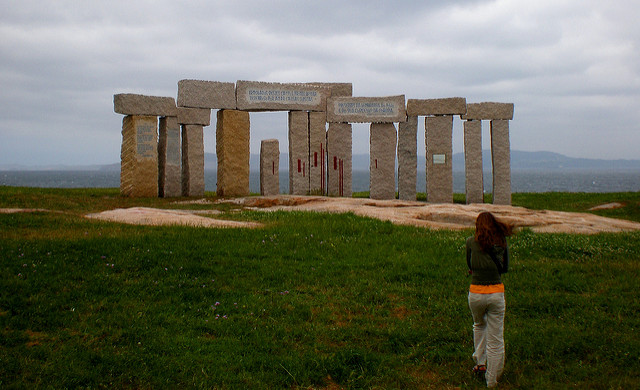 This memorial, in the Torre de Hércules park, commemorates the victims of the reprisal measures by the Franco Regime, during and after the Spanish Civil War.

The mass executions of Republicans and other opponents by the Nationalists took place from 1936 (from the beginning of the Spanish Civil War) to 1945 and are referred to as Spain's White Terror. Estimates of the death toll range from 150,000 to 400,000 people.