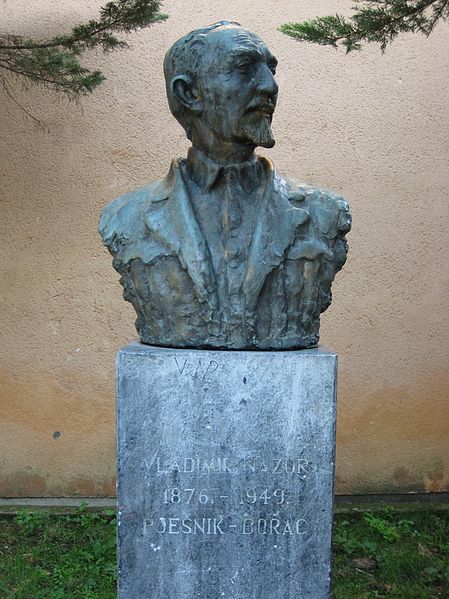 This bust commemorates Vladimir Nazor (1876-1949), because of his activities in the resistance in World War II. After the war, he became the first president of the People's Republic of Croatia's Parliament. He was also a well-known poet.