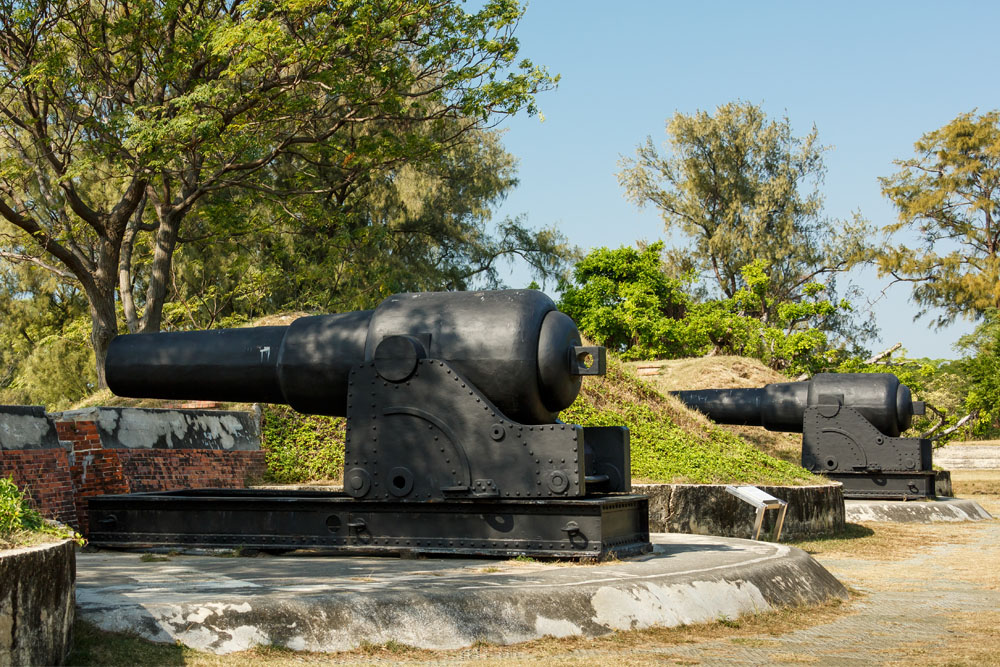 This fort was built by the Chinese from 1847 to 1876 and saw action in the Sino-French War and during the Japanese Invasion of Taiwan. The fort lost its military function when the Japanese sold its guns in 1905, during the Russo-Japanese War. There are several guns from that war standing here today.