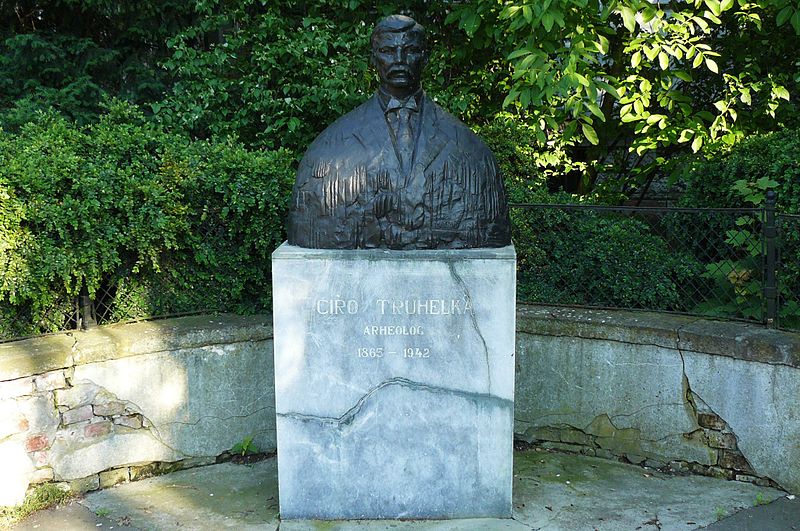 This bust commemorates Ćiro Truhelka (1865-1942). He was a Croatian archaeologist and one of the main progenitors of the racist ideology of the Croatian fascist Ustae movement. He claimed that Bosnian Muslims were ethnic Croats, who, according to him, belonged to the racially superior Nordic race. On the other hand, Serbs belonged to the degenerate race of the Vlachs, similar to the Jews and Armenians.