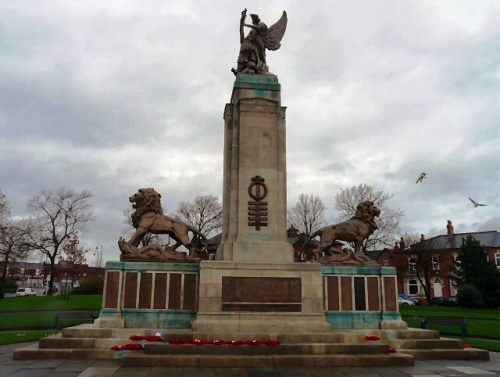 This memorial commemorates the residents of Ashton-under-Lyne who died in the First (1512 names) and Second World War (301 names).