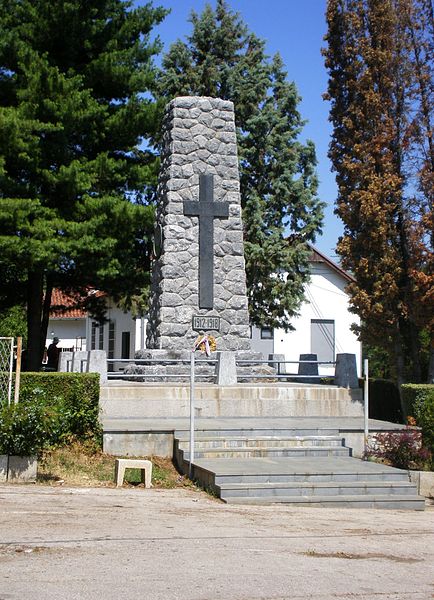 This memorial commemorates the soldiers who were killed in Čačak during the Balkan War and the First World War (1912-1918). 262 soldiers were buried beneath the memorial.
The memorial has symbols of the four religious communities: Orthodox, Catholic, Islamic and Jewish. In World War II, the Islamic and Jewish symbols were removed by order of the Nazis.