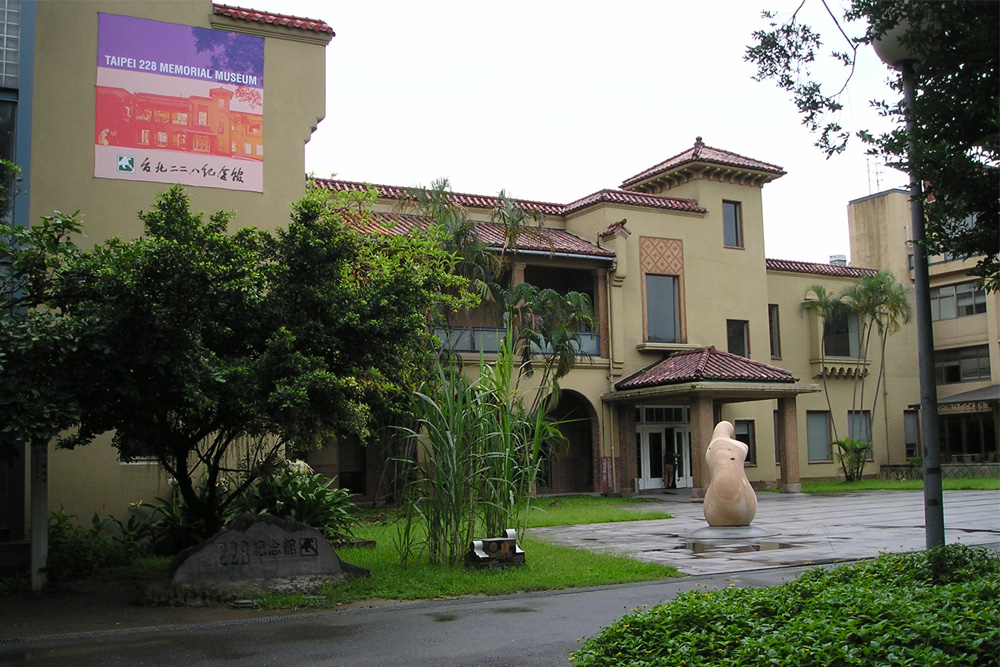 This museum is housed in a former Japanse propaganda station, which was occupied by the Kuomintang after the Japanese capitulation. It was bombed by the US Air Force on 31 May 1945. The museum is dedicated to the uprising which took place in Taiwan on 28 February 1947. Many people (civilians and insurgents alike) were killed in the uprising. Some of the insurgents were former soldiers in the Imperial Japanese Army.