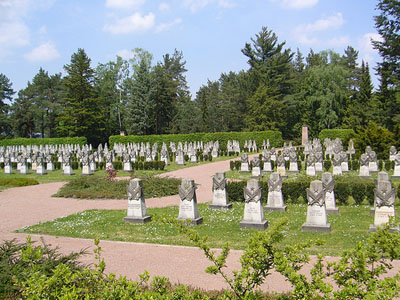 The incription on the 17 meters high obelisk reads:
"Eternal fame to the heroes who fell for the freedom and independence of their fatherland. 1941-1945"