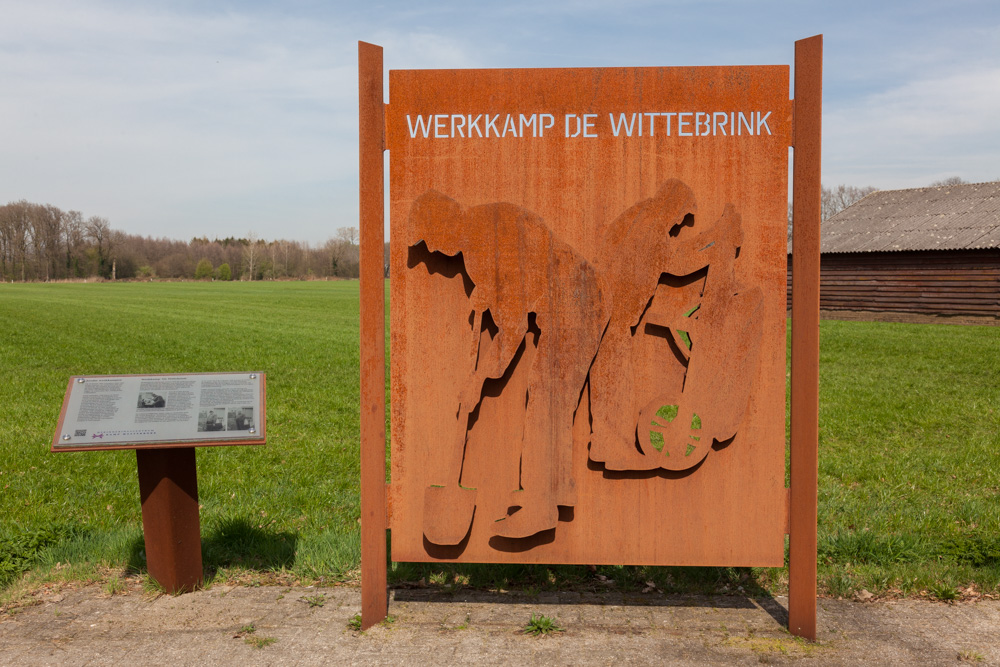 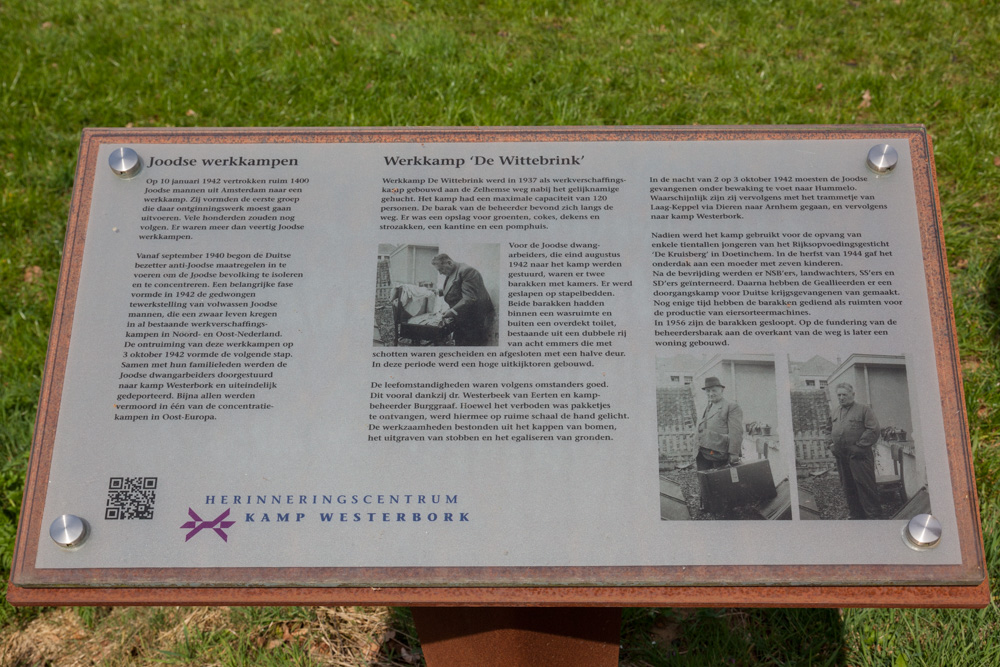 The Jewish labor camp De Wittebrink was located on the Zelhemseweg, near the hamlet of the same name, not far from Hummelo.
The camp had already been built in 1937 with a maximum capacity of about 120 people, which could be housed in two residential barracks. The barracks of the Burggraaf administrator stood on the main road. There was also a storage for vegetables and coke, a canteen, a storage for blankets and straw bags and a pump house.

Jewish forced laborers arrived in De Wittebrink at the end of August 1942. They slept on bunk beds in the living barracks. These barracks had a washroom inside and a primitive toilet outside. It consisted of a double row of eight buckets, separated by partitions, provided with a roof and closed with a half door.

The living conditions were good according to bystanders, partly due to the assistance of Dr. Westerbeek van Eerten and the camp manager. Although it was forbidden to receive parcels, numerous were sent.

The work probably consisted of cutting down trees, digging out stumps and leveling the soil. A high watchtower was also built during this period.

In the night of 2 to 3 October 1942, the Jewish forced laborer had to walk to Hummelo under guard. They probably then took the tram from Laag-Keppel to Dieren and from there to Arnhem.

After the departure of the Jewish forced laborers, De Wittebrink was used to receive a few dozen young people from the Rijksopvoedingsgesticht 'De Kruisberg' in Doetinchem. In the autumn of 1944, a mother with seven children lived in one of the barracks.

After the liberation, the camp was given a new purpose: in the barracks, NSB men, land guards, former SS men and SD men were interned. After that, the camp was for some time a transit camp for German prisoners of war.

The barracks were finally demolished in 1956, after having been used as a production hall for egg sorting machines for a number of years.