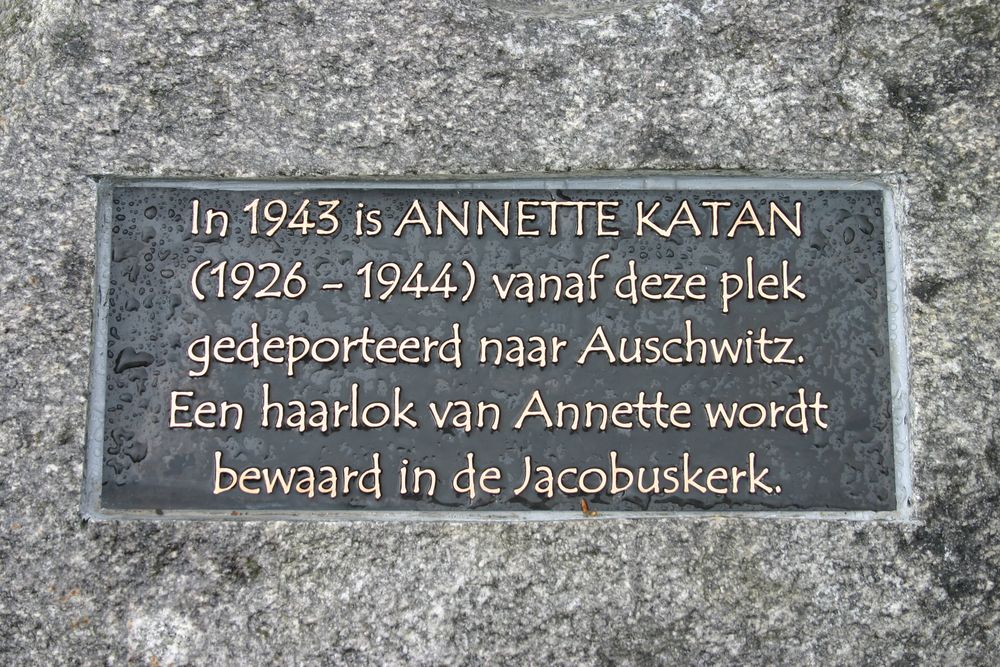 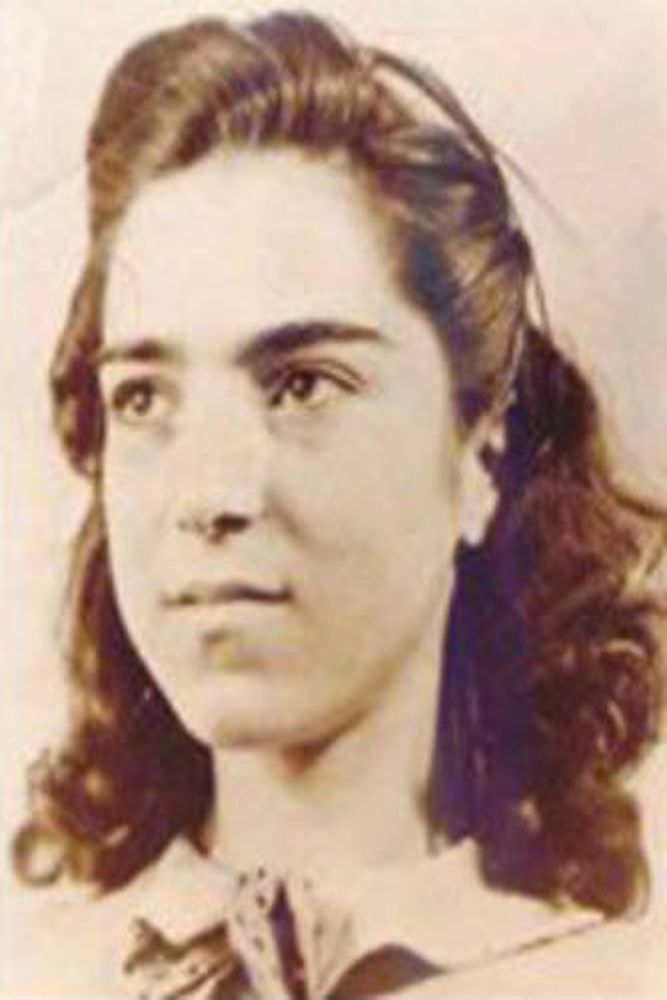 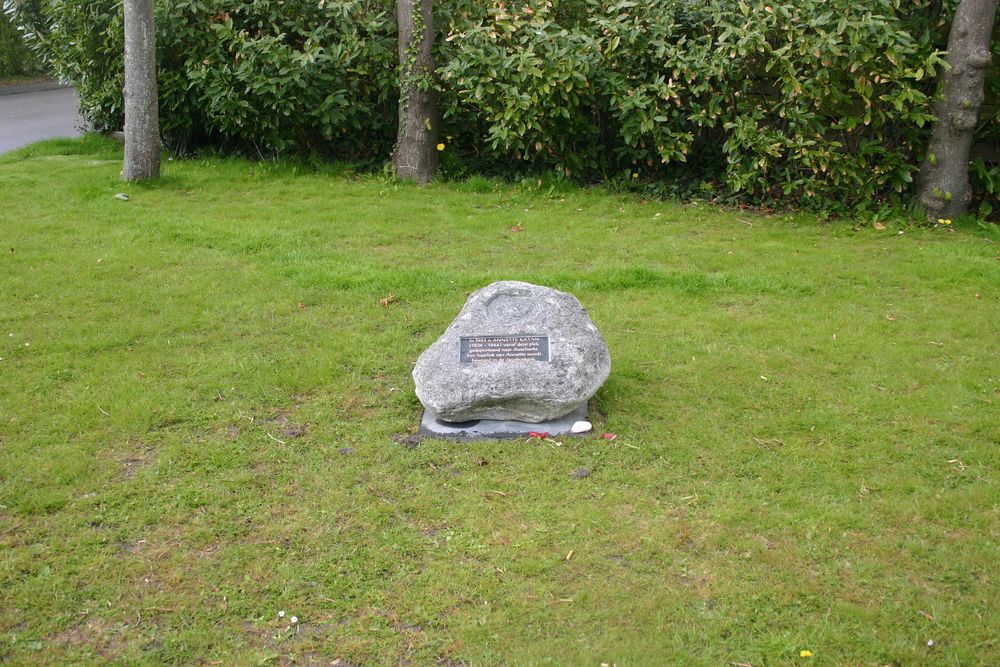 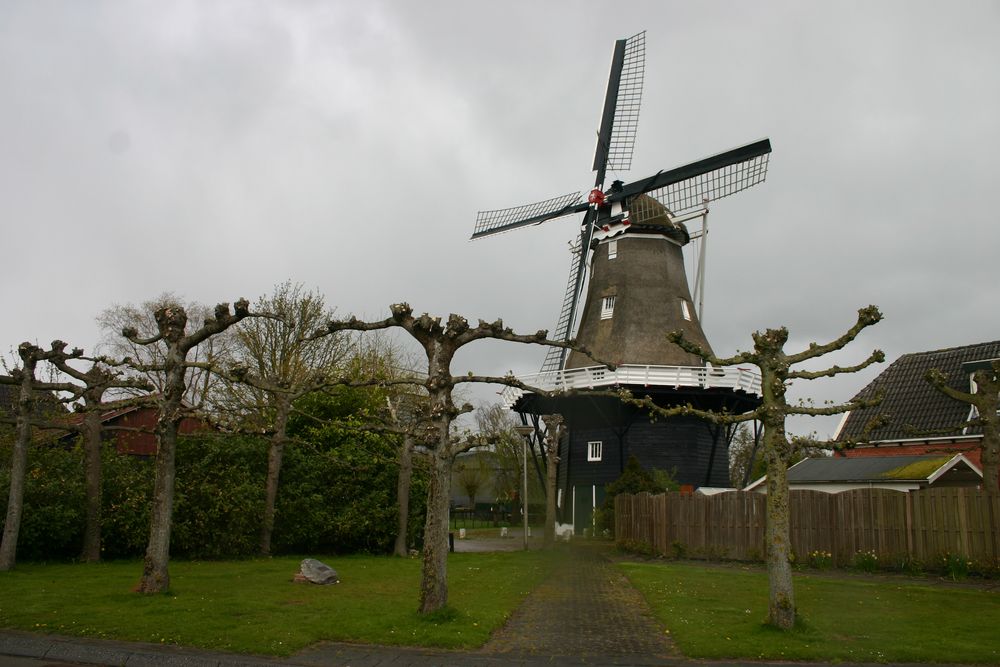 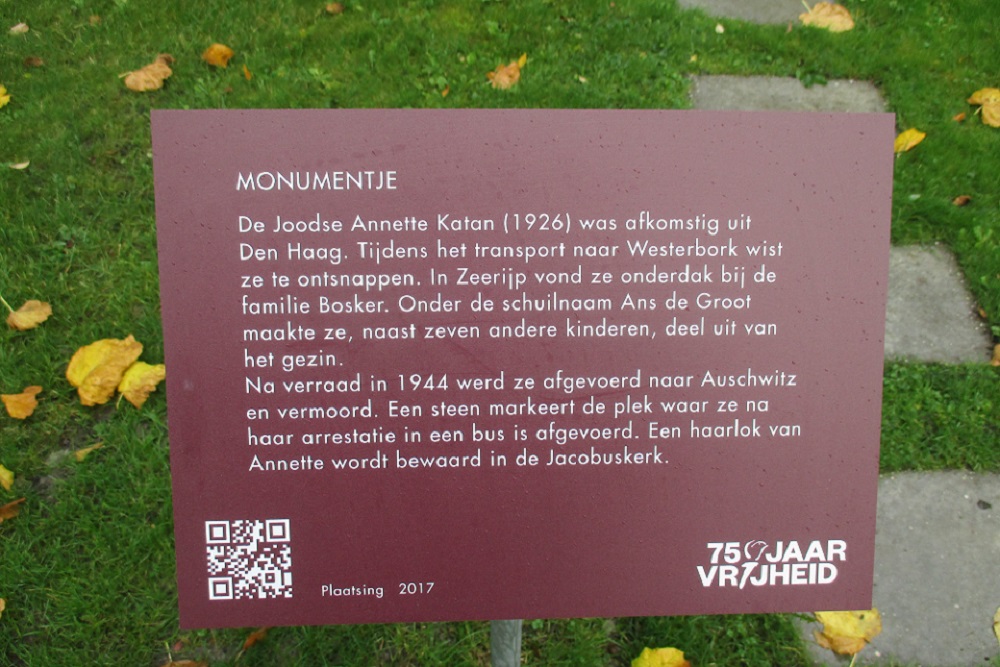 The Commissioner of the Police Service of the Gravenhage requested, on behalf of the commander of the Westerbork camp, the search, detention and guidance of Annette Katan, last residing in Paul Gabrielstraat 135 in the Gravenhage. She had fled with her mother during the transport to Westerbork on December 4, 1942.
General Police Journal, No. 51, December 24, 1942, 1441, Message 3266.

Annette was hiding at the Bosker family in Zeerijp. Presumably she was betrayed and one day in 1943 she was taken by 4 people and at half past four, the company including Ans went to the bus stop in the middle of the village at Cafe Post.