Commonwealth Memorial of the Missing Bourail 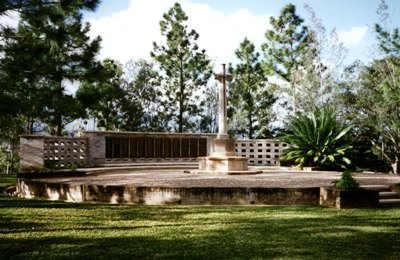 This memorial is located at New Zealand War Cemetery. It commemorates the New Zealand servicemen and members of the Western Pacific Local Forces who fell in the South Pacific area during the Second World War and who have no known grave. The memorial contains 449 names.

Text on the memorial:
1939 - 1945 THESE OFFICERS AND MEN OF THE NEW ZEALAND ARMY, THE ROYAL NEW ZEALAND AIR FORCE AND THE WESTERN PACIFIC LOCAL FORCES SERVED AND DIED IN THE SOUTHERN PACIFIC ON LAND AT SEA AND IN THE AIR AND HAVE NO KNOWN GRAVE.