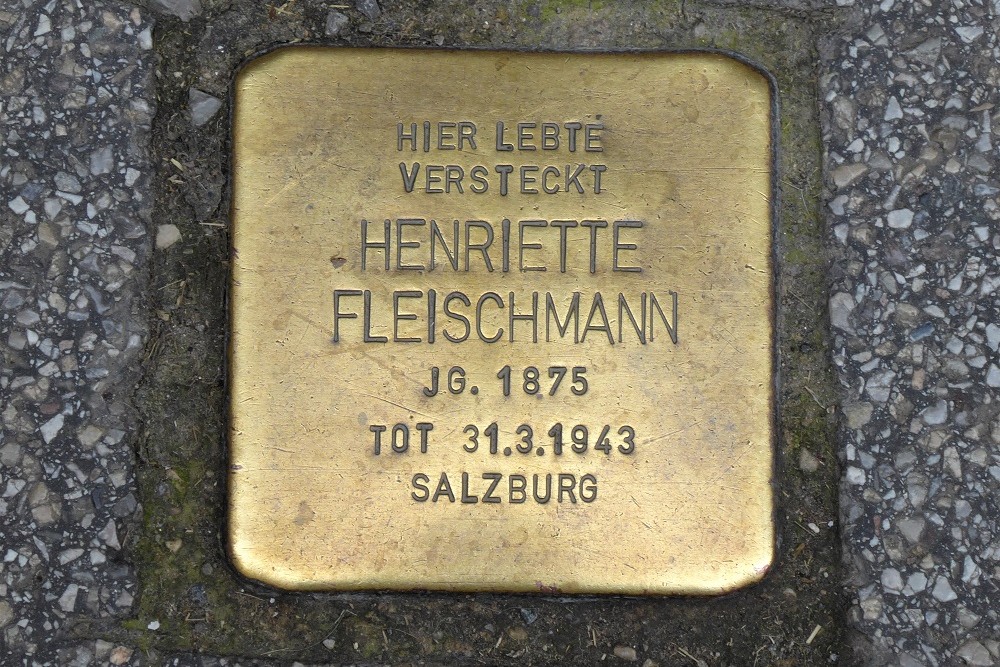 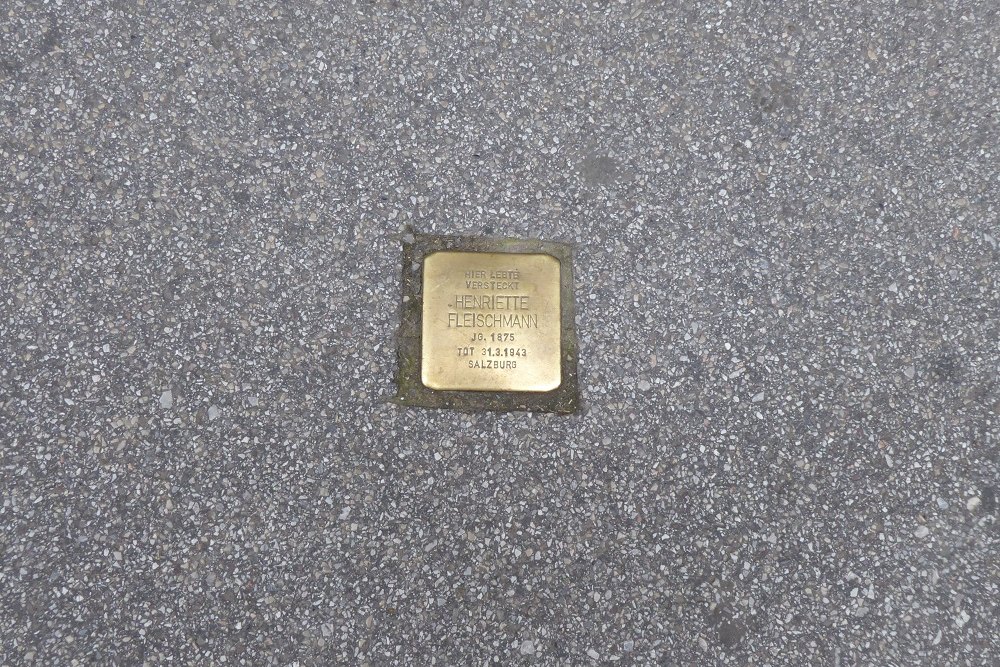 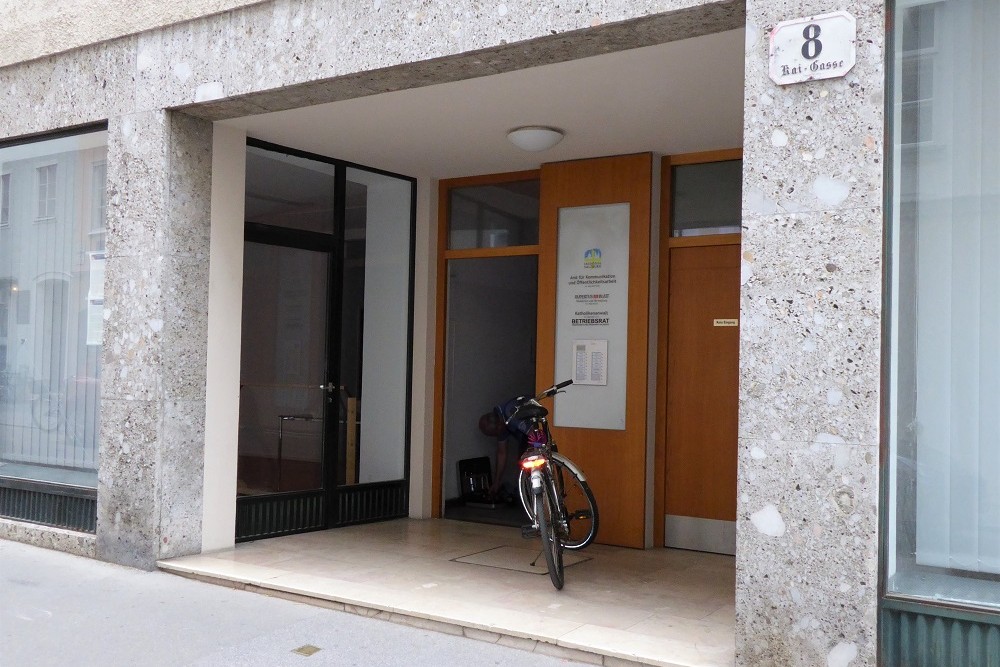 Henriette Fleischmann was the daughter of a Jewish couple. She married Julius Fleischmann, a Jewish man and had 2 children with him: Elisabeth (born 1898) and Helene (born 1906). In 1918, Julius and Henriette converted to Catholicism and remarried in the Church. Their daughters both converted later and both married non-Jewish men. The Nuremberg race laws were applied to the Fleischmanns. Julius died in September 1942, presumably a suicide. One month later, daughter Elisabeth was deported to Thersienstadt and then to Auschwitz where she was murdered.

With the help of her other daughter (Helene) and her husband (Otto Karl Schwartz), Henriette hid in Salzburg. She did not register her residence because she was considered a full Jew and would be deported. When she thought she had been discovered, she killed herself.

Her son-in-law did not file the required death documents, which would have revealed that his wife was a Jew who would have been deported. He himself risked being sent to a forced labor camp at best for covering up his wifes ancestry. In the end, both Helene and Otto survived but separated after the war.