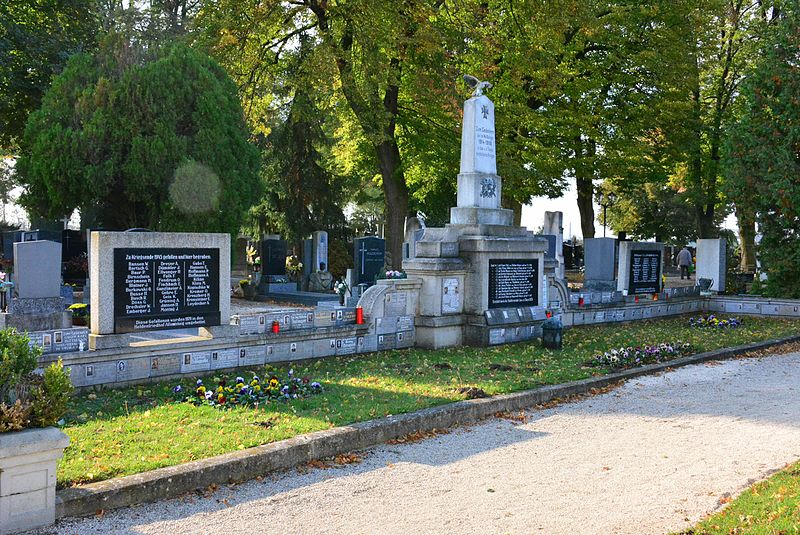 Laa an der Thaya Cemetery contains a plot of honour with graves of Austro-Hungarian soldiers (K.u.K.: Kaiserlich und Königlich) who were killed in World War I. There were also German war graves from World War II. In 1979, these graves were transferred to Allentsteig German War Cemetery (Soldatenfriedhof).
On the grave are many private memorials for people who were killed in the Second World War.