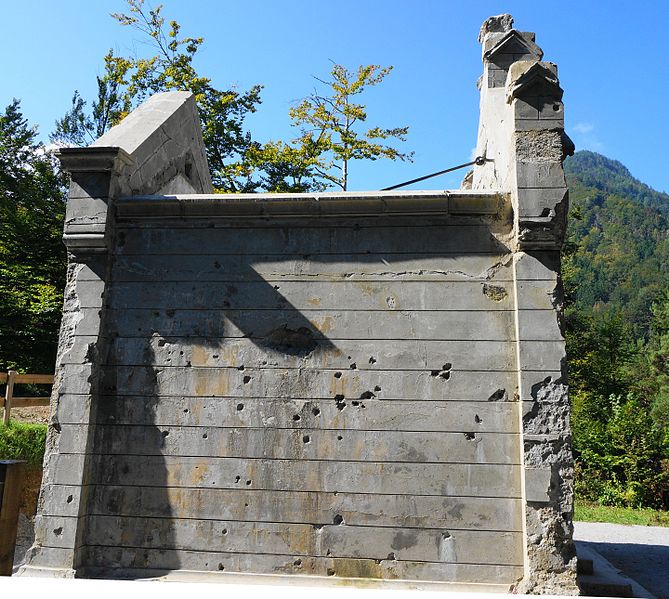 This chapel was built in 1903 and originally was part of the cemetery for the workers who were killed during the construction of the Karawankentunnel. In 1919, the chapel was heavily damaged in the Carintian borderfights. In 2015, it was conserved and now it functions as warning against war.