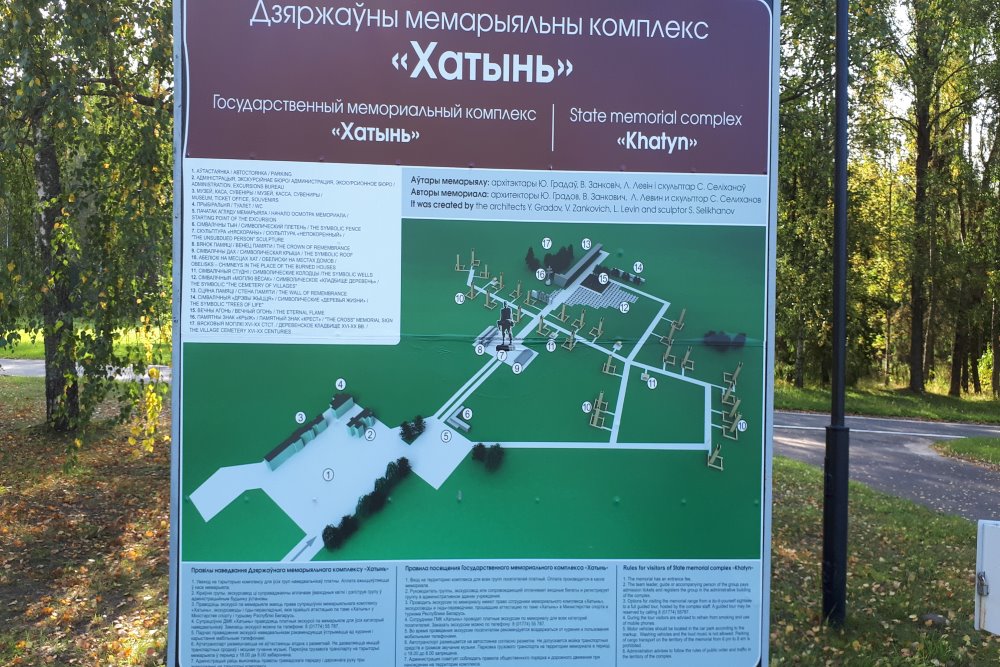 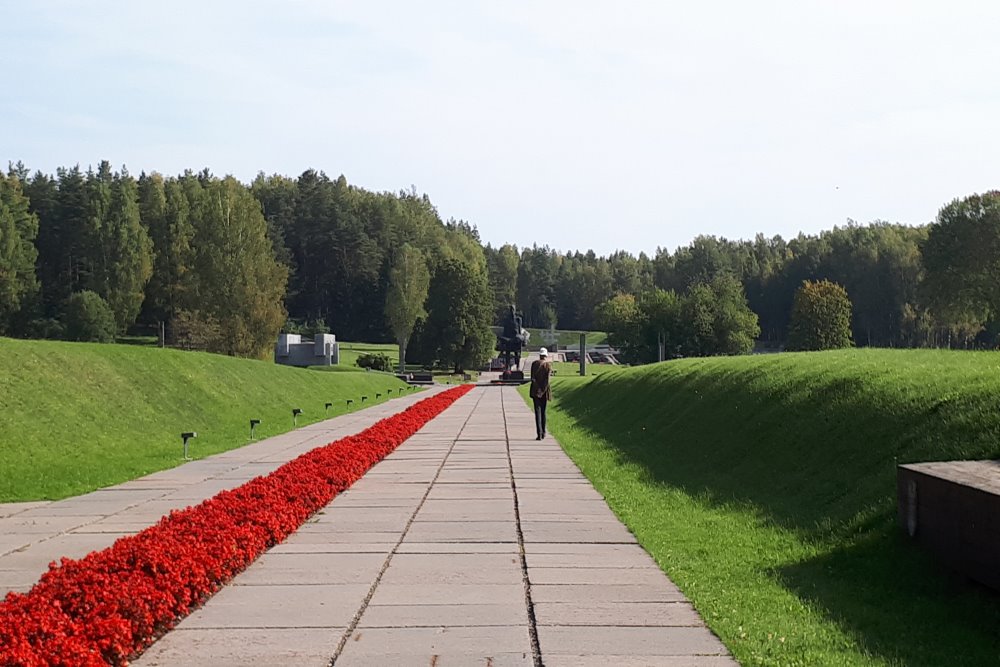 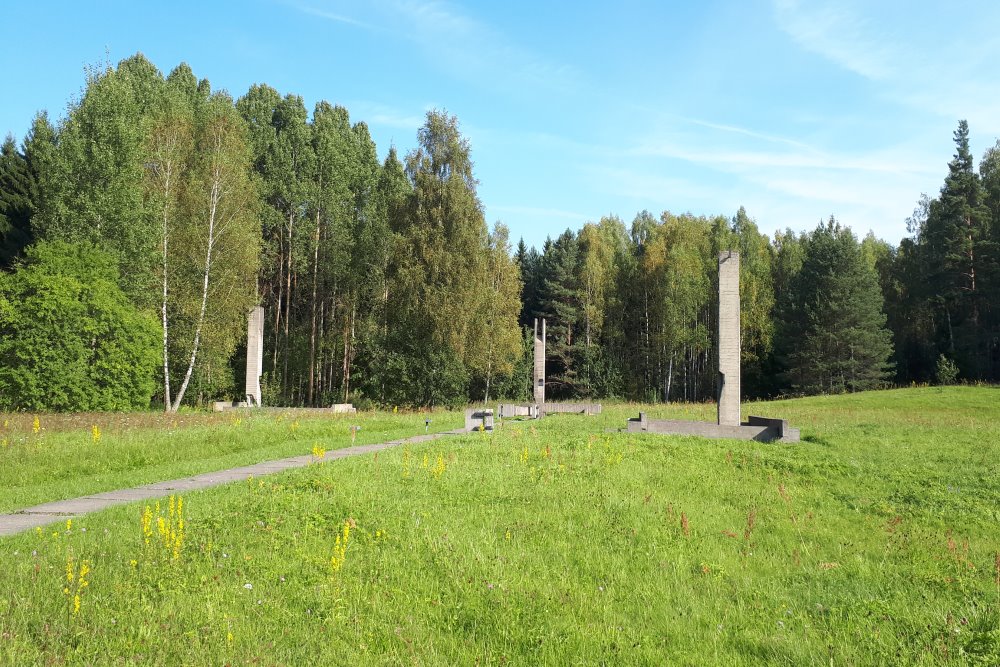 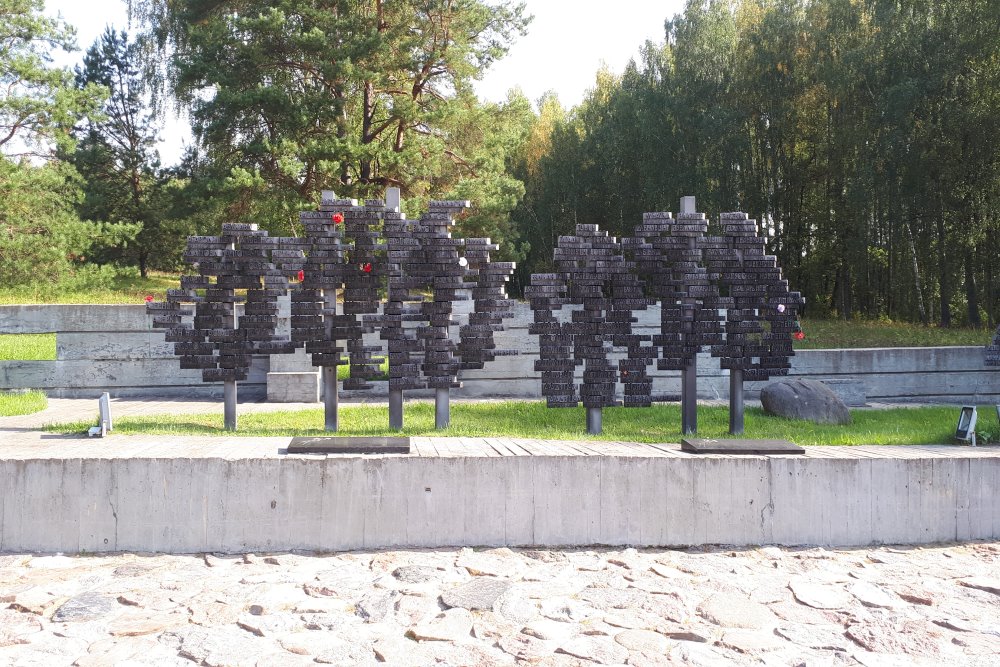 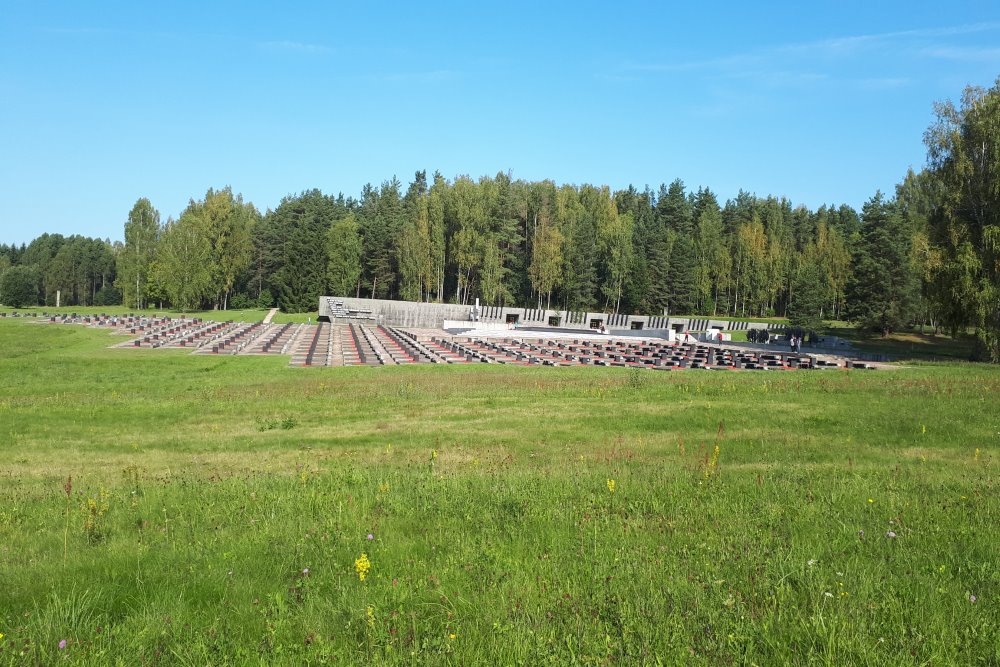 This memorial complex is in memory of the mass killings of the civilian population of Belarussia by the Germans and stands on the spot where once the village of Khatyn was. Khatyn was burned down on 22 March 1943 by the 188th Schutzmannschaft batailion with most of her inhabitans. 149 people were killed, of whom 75 children. The memorial contains also the "Cemetery of Villages", with memorials for 185 villages which were destroyed like Khatyn and never rebuild. There is also a memorial dedicated to the concentration camp victims.

Of every four residents of Belarussia, one died in the Second World War.