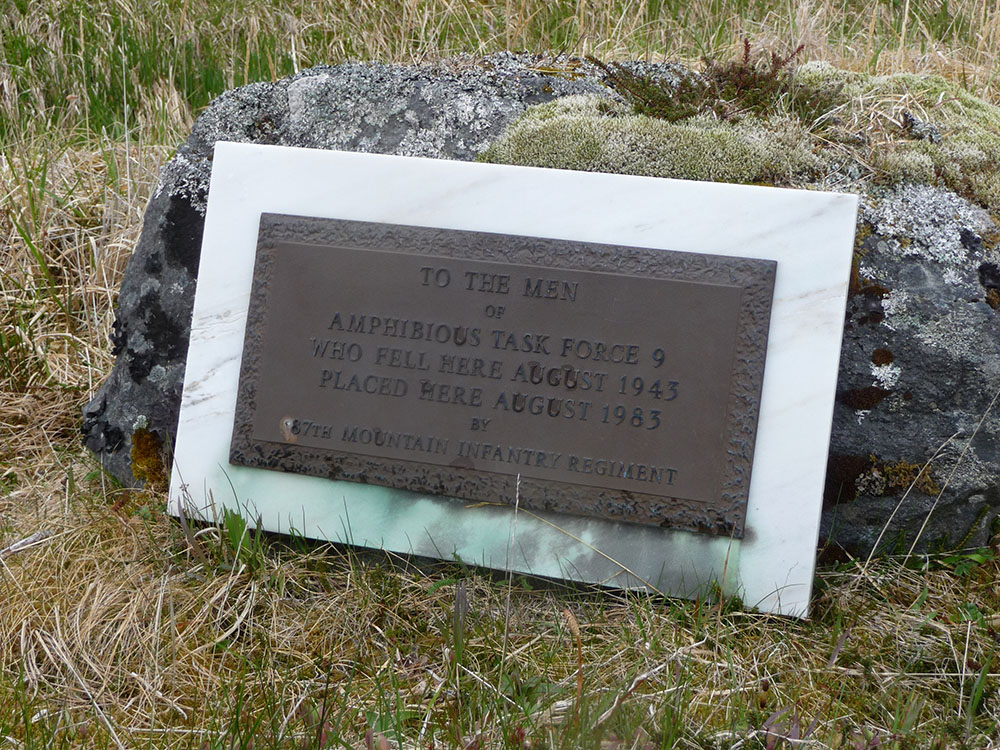 The following text can be read on the memorial:

The Allied forces lossed around 200 men during the landing and sweeping operations across the island, which was in fact abandoned by Japanese forces. All casualties were the result of friendly fire, Japanese booby traps, sickness and weather conditions.

During clashes between U.S. and Canadian forces, 28 U.S. and four Canadian soldiers were killed. The USS Abner Read struck a sea mine, losing 87 crew members.