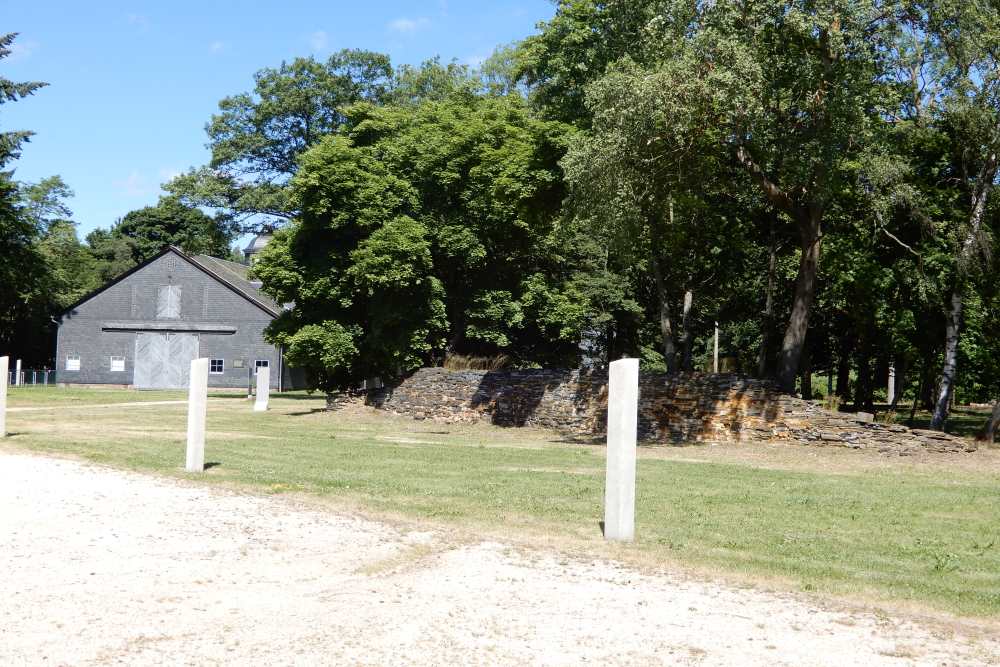 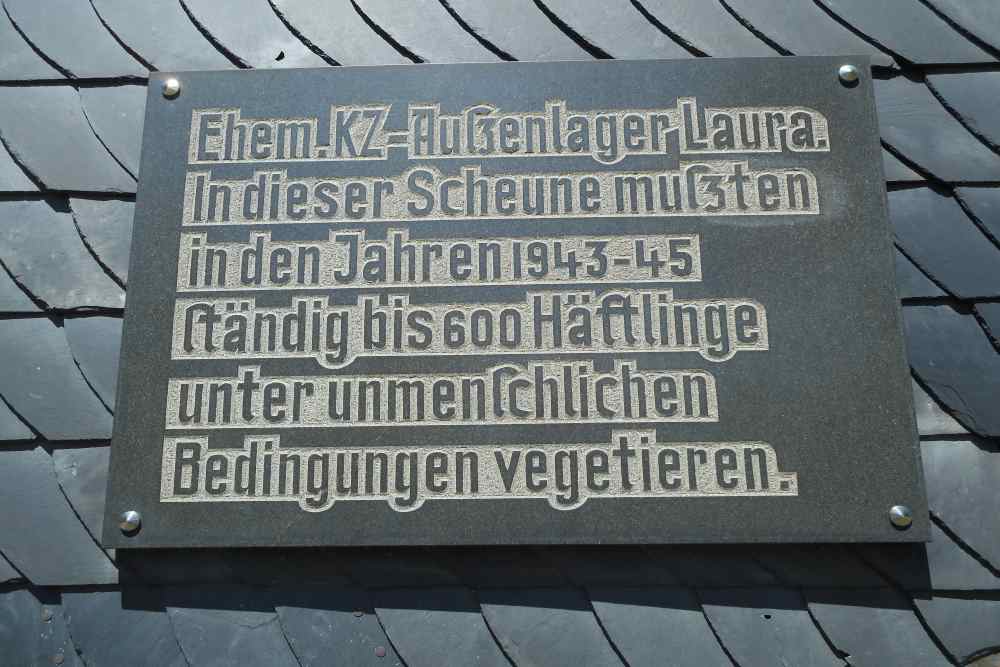 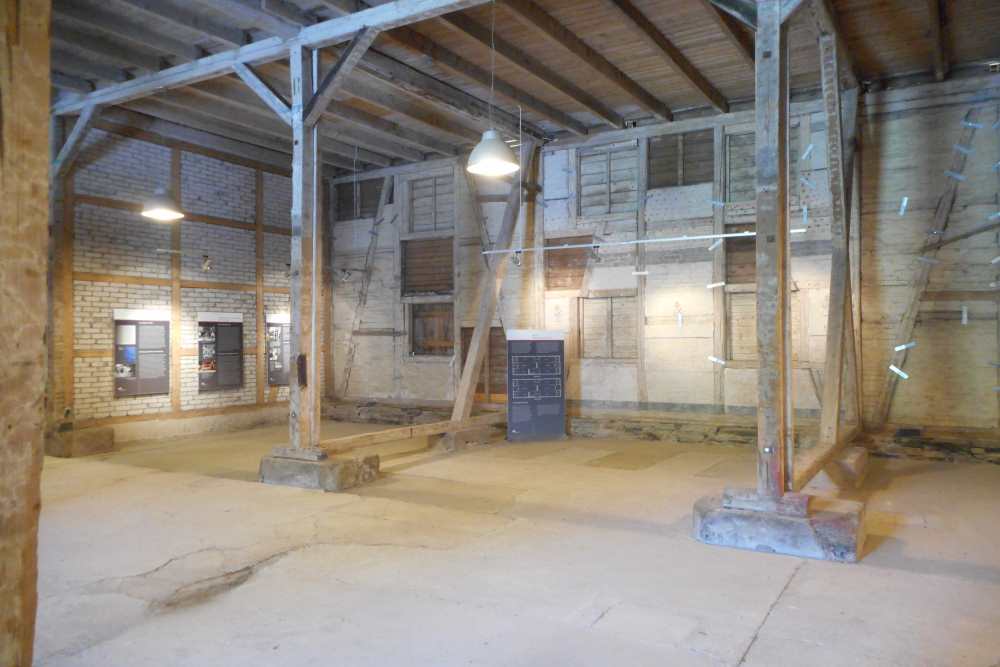 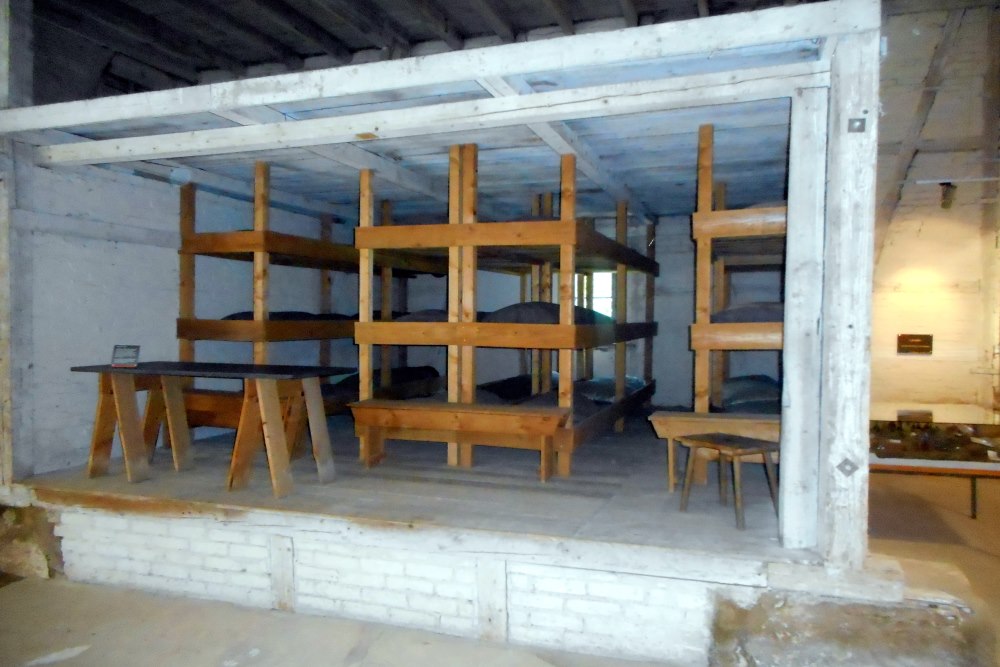 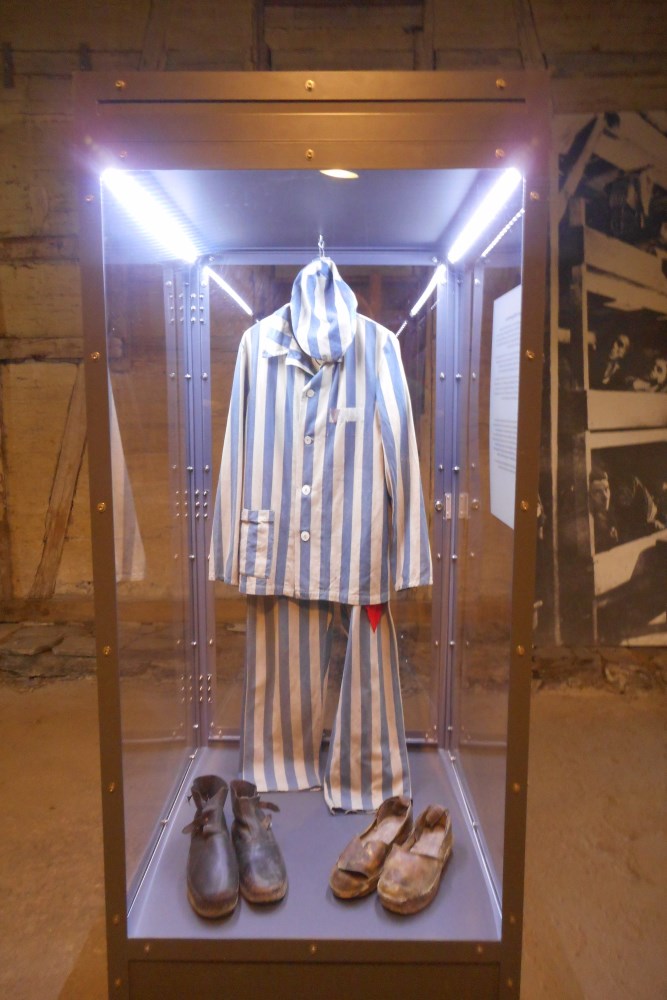 Laura  Hell at the Slate Mountain

Between September 1943 and April 1945 existed the subcamp of the concentration camp Buchenwald under the code name "Laura" in Schmiedebach in the Thuringian Slate Mountains. After the Peenemünde army research centre for rockets had been severely hit by Allied air raids, army command relocated the arms production in remote areas and underground. Detainees from Buchenwald had to expand the tunnel system in the former slate quarry "Oertelsbruch" and build an underground production plant for oxygen for the testing of the A4 rocket  later known by the propaganda designation V2 (Vergeltungswaffe 2  Vengeance weapon 2).
The buildings of the adjacent farm of the quarry were used as accommodation for over 2600 inmates. They came from more than ten nations, most notably France, Poland, the former Soviet Union, Italy and Belgium. Under inhumane conditions they were forced to hard labour to their complete exhaustion. The rough pit work and mistreatment by the guards claimed many victims. At least 560 men lost their lives in Laura. On the morning of the 13th April 1945 the SS evacuated the camp. Almost all inmates were speeded away to the concentration camp Dachau near Munich. Only a few invalids remained at Laura and were liberated by the US Army that same day.