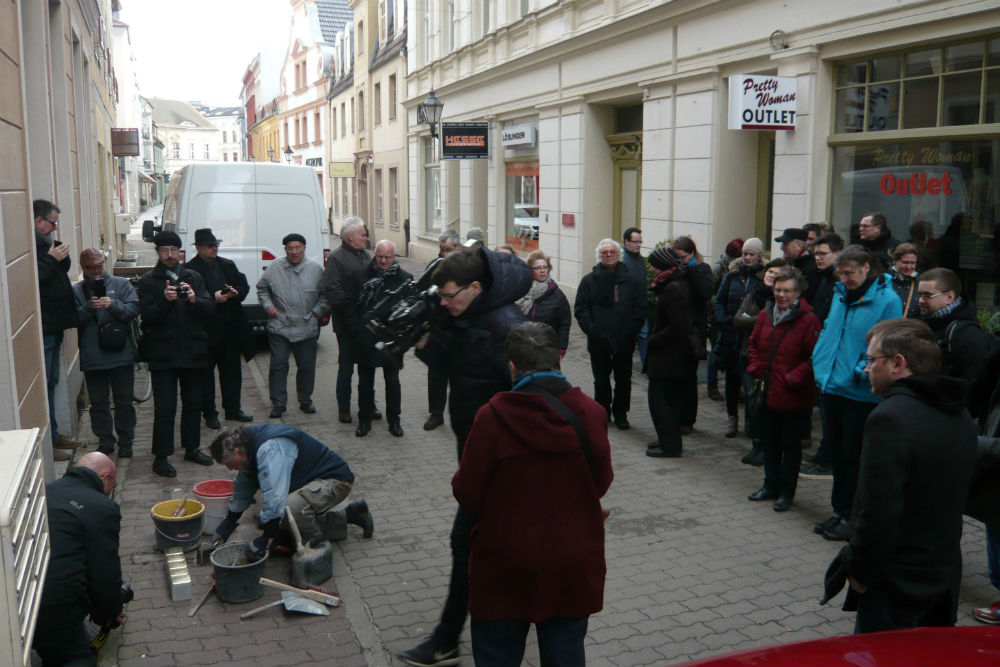 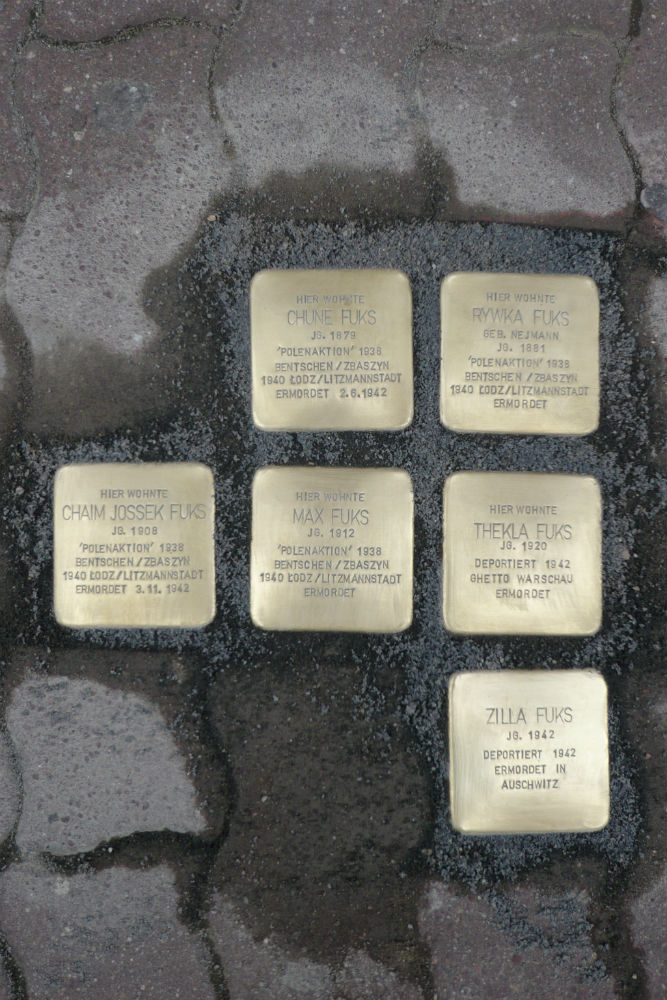 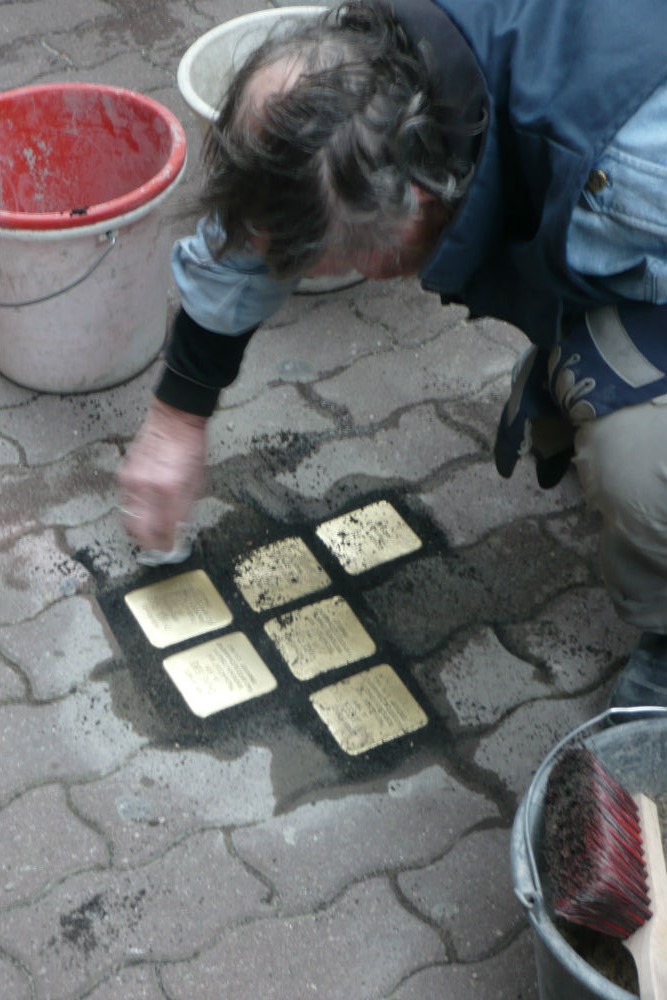 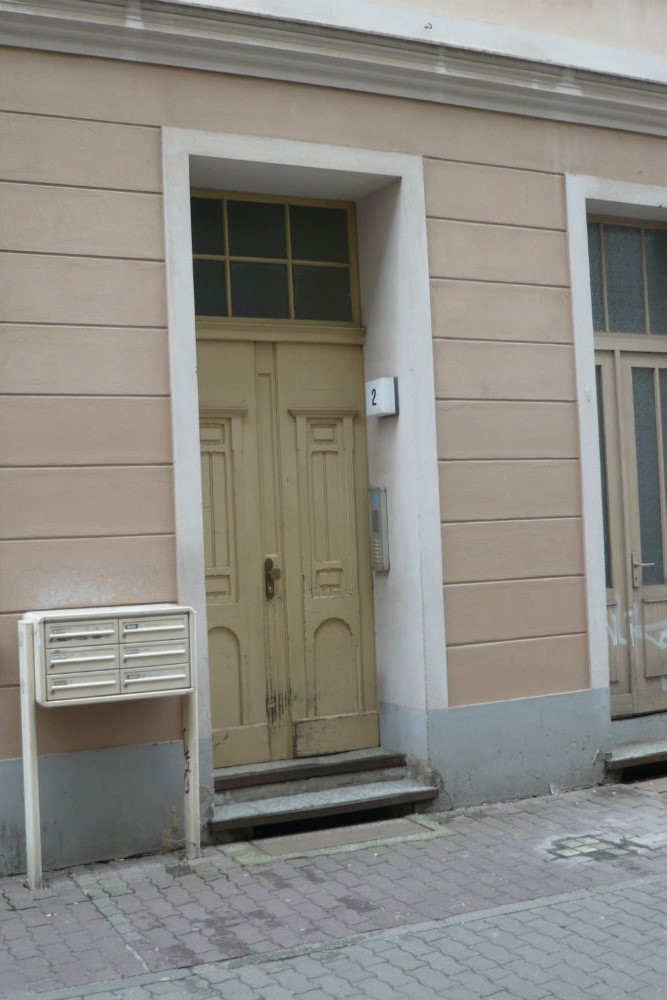 Chune Fuks, a businessman and Rwyka Nejmann married. Little information was found about them. They and their children were expelled in the 1938 "Polenaktion" because they were Polish citizens living in Germany. Three of their children  Chaim, Max and Tekla  and Teklas 10-month-old baby Zilla (sometimes spelled Cilla), were also murdered.

The "Polenaktion." On March 31, 1938, the Polish Parliament passed a law which provided for the possibility of withdrawing citizenship from all Polish citizens who had lived abroad for more than five years. The deadline for responding to a Polish consulate was 30 October. Then on 27 October 1938 (just before Kristallnacht) the Germans responded by sending expulsion orders to thousands of Polish Jews living in Germany. Bentschen is German for Zbaszyn in Poland. Since it had a railway connection near the German border, it was one of the 3 main towns receiving mass transports of expelled Polish Jews.