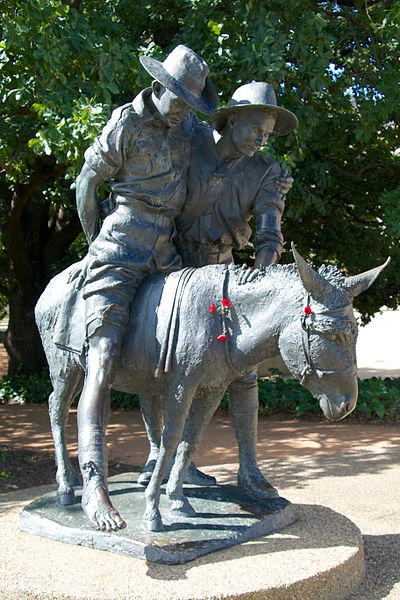 This memorial, at the Australian War Memorial, commemorates John (Jack) Simpson Kirkpatrick (6 July 1892  19 May 1915), who served under the name John Simpson.

He was a stretcher bearer with the 1st Australian Division during the Gallipoli Campaign in World War I. After landing at Anzac Cove on 25 April 1915, Simpson began to use donkeys to provide first aid and carry wounded soldiers to the beach, for evacuation. Simpson and the donkeys continued this work for three and a half weeks, often under fire, until he was killed with his donkey.