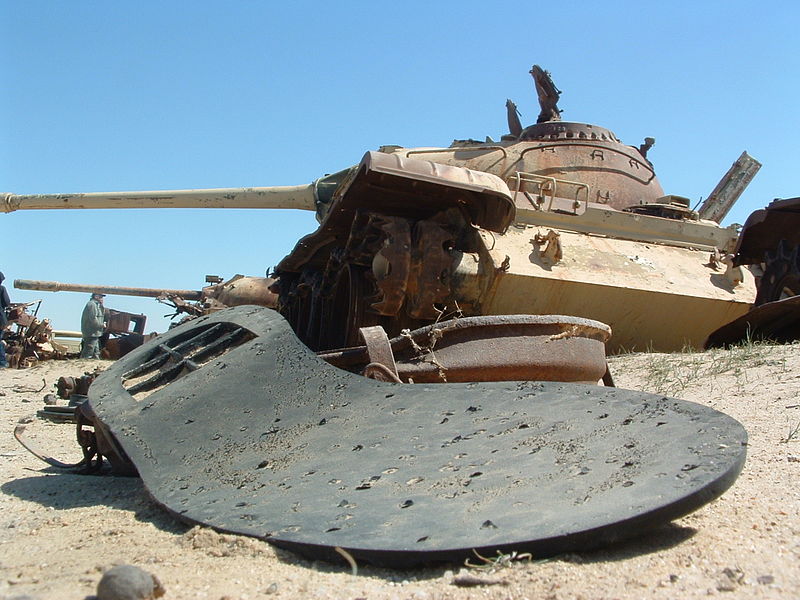 This road, between Kuwait and Iraq, is officially known as Highway 80. The road had been used by Iraqi armored divisions for the 1990 Invasion of Kuwait. The road was repaired after the Persian Gulf War and used by U.S. and British forces in the initial stages of the 2003 invasion of Iraq.
During the Persian Gulf War, American and Canadian aircraft and ground forces attacked retreating Iraqi military personnel attempting to leave Kuwait on the night of 2627 February 1991, resulting in the destruction of hundreds of vehicles and the deaths of many of their occupants. Between 1,400 and 2,000 vehicles were hit or abandoned on the main Highway 80. The road bottle-neck near the Mutla Ridge police station was reduced to a long uninterrupted line of more than 300 stuck and abandoned vehicles sometimes called the Mile of Death.
At least until 2003, the wrecks were still present.