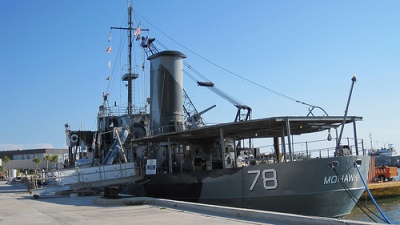 Till 2012 she was a museumship and a memorial for the battle of the Atlantic in Key West, Florida. In 2012 the USS Mohawk was sunk to form a artificial reef.