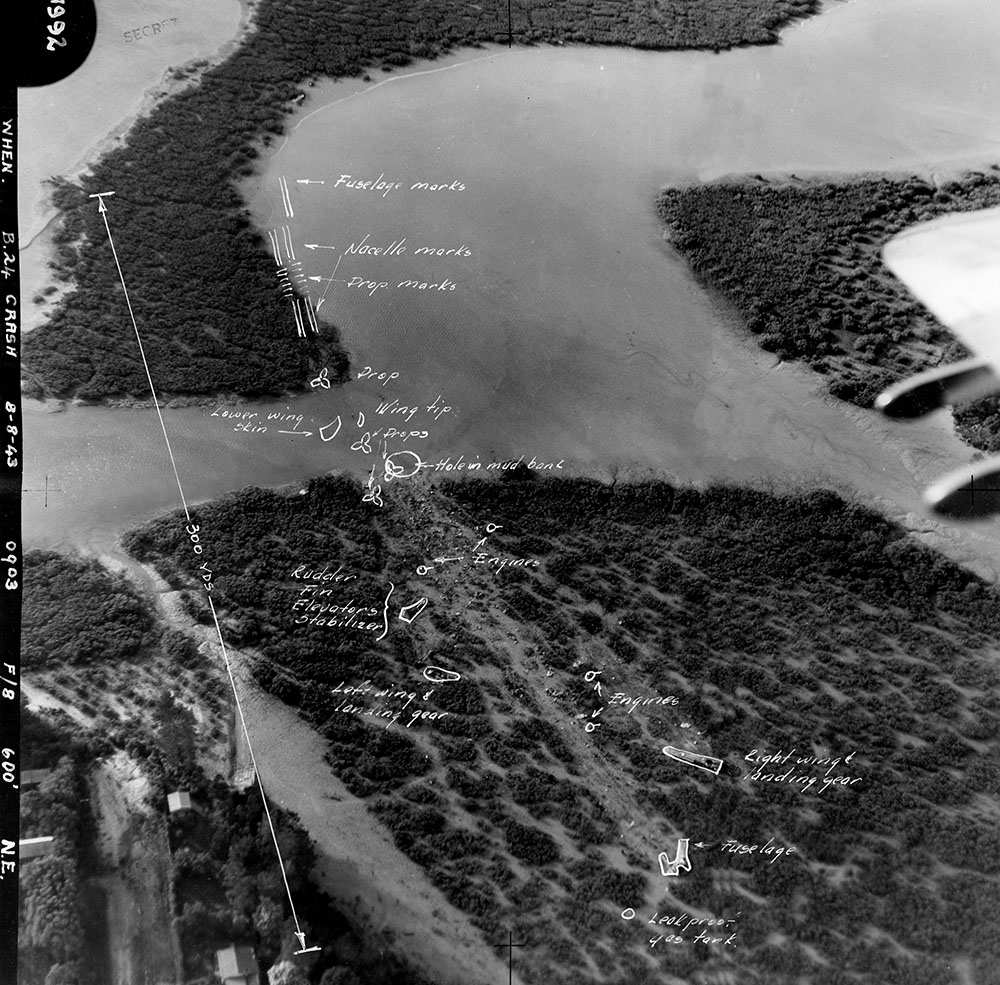 This Consolidated C-87 Liberator Express crashed here on 2 August 1942. Three crew members and 12 passengers were killed. The passengers list all included Japanese and Thai internees (including children) who would used for a prisoner swap with Japan. News of the crash only became public a year later out of fear Japan would retaliate against Allied POW's.

Museum of Transport and Technology - Auckland