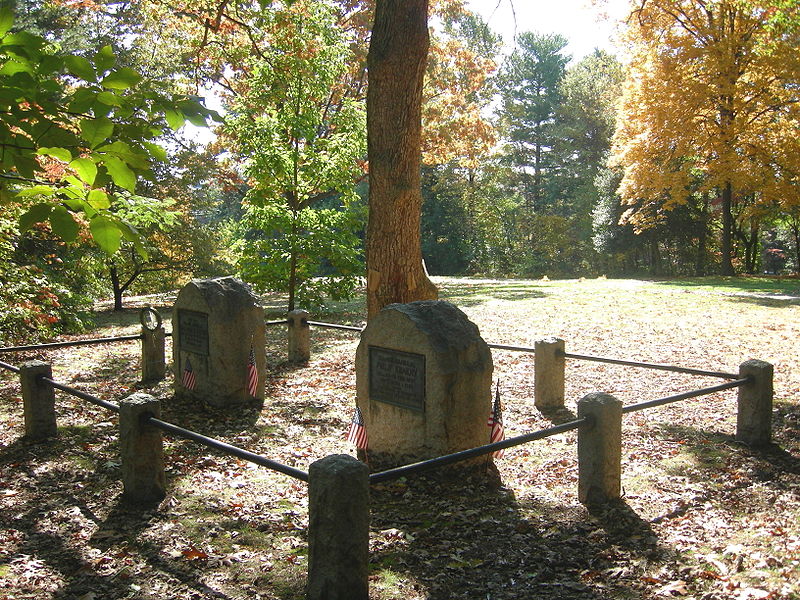 This was the site of the Battle of Chantilly (known by the Confederacy as the Battle of Ox Hill) which was fought on 1 September 1862. The two memorials commemorates the Union generals Isaac Stevens and Philip Kearny, who were both killed during the battle. The Union attack halted Jackson's advance.