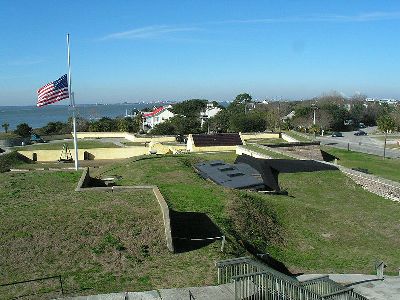 Fort Moultrie is the name of a series of citadels on Sullivan's Island, which had to defend Charleston. The fort was built in 1809, but throughout the years is was modernized, until the Second World War when it still functioned als a coastal defence point.
During the American Civil War (1861-1865), the fort was heavily bombed by the Union. It was abandoned in February 1865.

Nowadays, the fort is renovated and open to the public.