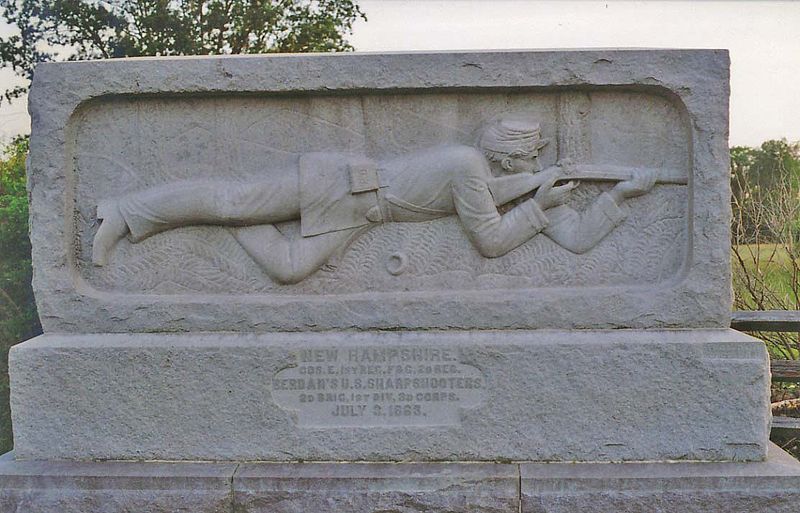 This memorial in the Gettysburg National Military Park commemorates the "Berdan's Sharpshooters" (Company E, 1st United States Sharpshooters and Companies F & G, 2nd United States Sharpshooters), involved in the Battle of Gettysburg. The monument marks the position held by Company E, 1st New Hampshire Sharpshooters on 3 July 1863.
The Battle of Gettysburg was fought from 1 to 3 July 1863 by Union and Confederate forces during the American Civil War. The battle involved the largest armies (104,000 Union soldiers and 71,000 Confederate soldiers) of the entire war and is often described as the war's turning point. The battle resulted in a Union victory, ending the Confederate attempt to invade the North.
The battle involved the largest number of casualties of the entire war: in total over 6,600 men were killed, 33,000 wounded and 12,000 missing of captured. The losses were about equal on both sides.