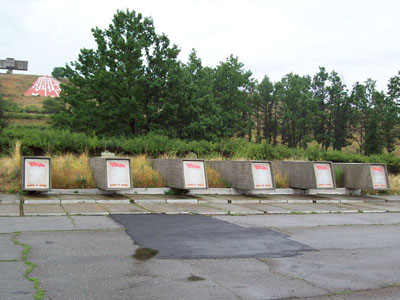 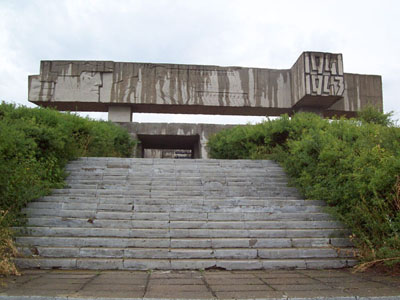 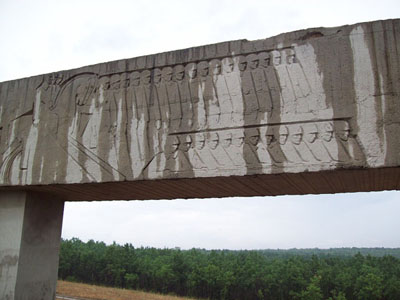 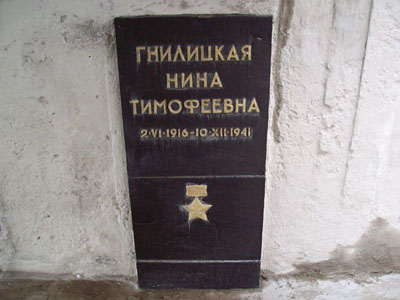 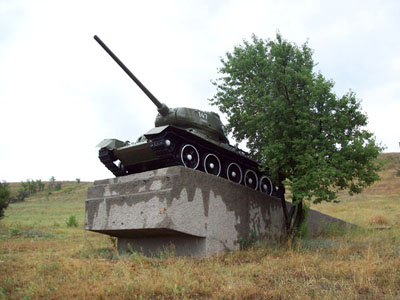 This memorial complex is dedicated to the fightings at the Mius river in 1943. The German army had established a heavily fortified defence line along this river and the Red Army lost many soldiers in order to force a breakthrough. In front of the museum are the memorial stones to the units and formations, who fought here. A long stairway leads past a T-34/85 tank and eventually to the central concrete memorial, where the following inscriptions can be read:

There are also several memorial stones at the central memorial, in memory the fallen 'Heroes of the Soviet Union".