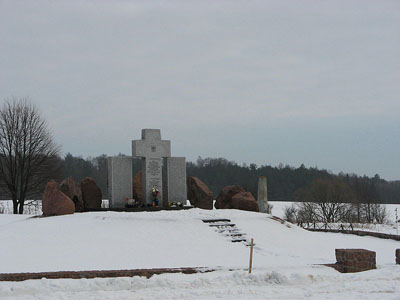 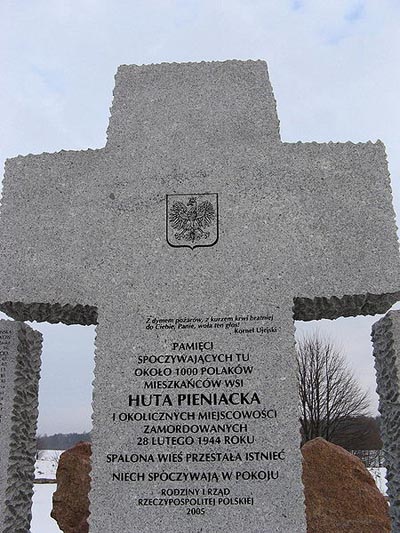 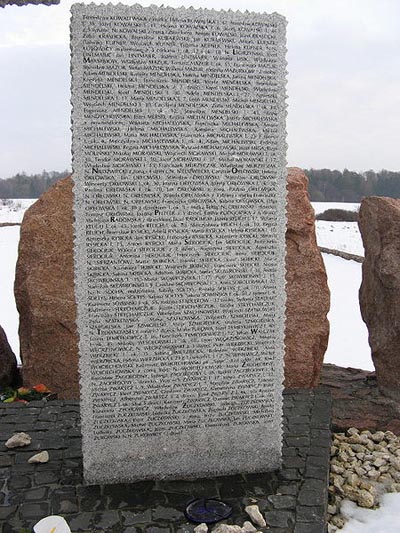 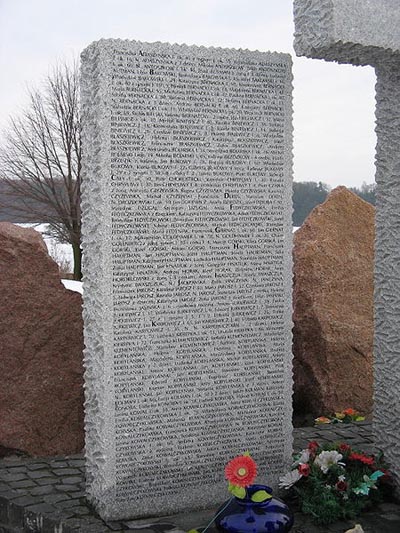 In the early morning of 28 February,1944, a mixed force of the 4th Galizien SS-Freiwilligen-Regiment, a small detachment of German soldiers and the Ukranian police assaulted the former Polish village Huta Pieniacka. Approximately 1000 Polish inhabitans were brutally murdered that day. The agressors lost 12 men (of whom 1 dead) and an additional 3 men (2 dead) in a previous probe attack on 23 february 1944. Huta Pieniacka served as an important stronghold for local partisans during the Second World War and many inhabitans were member of the Polish Home Army. After the bloodbath the village was literally erased from existence.

The memorial
The memorial dedicated to the slaughtered inhabitans of Huta Pieniacka and a mass grave can be found on the spot where once the village church stood.