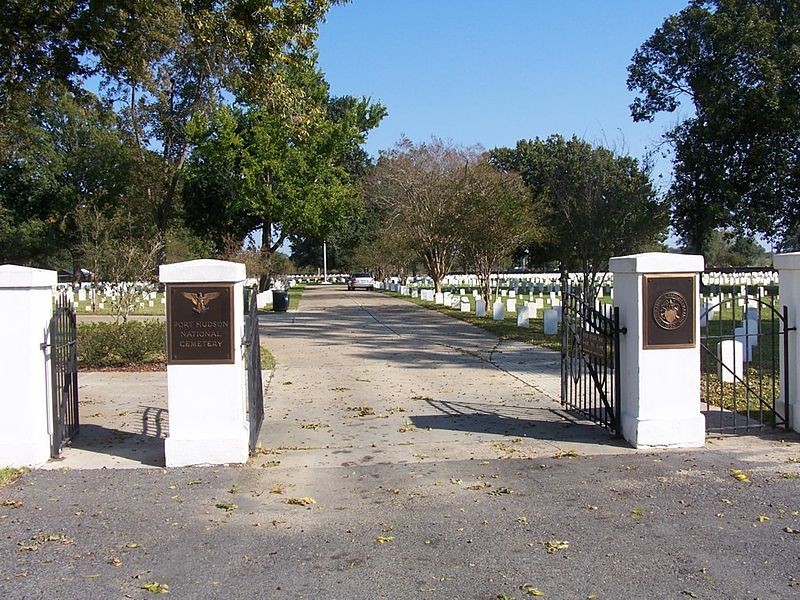 The National Cemeteries in the U.S.A. are used for graves of war dead, graves of U.S. military personnel, veterans and their spouses but not exclusively so. There are also special state veteran cemeteries.

Port Hudson National Cemetery is located on the largest battleground of the Siege of Port Hudson. Nearly 4,000 Union soldiers fell during the fighting and most were buried here, many as unknowns. In 2007, there were in total 12,718 graves on this cemetery.


Port Hudson National Cemetery contains the grave of the following person, who fought for the United States of America and who gave his life in the war in Afghanistan and/or Operation Enduring Freedom:


Port Hudson National Cemetery contains the graves of the following people, who fought for the United States of America and who gave their lives in the War in Iraq and/or Operation Iraqi Freedom: