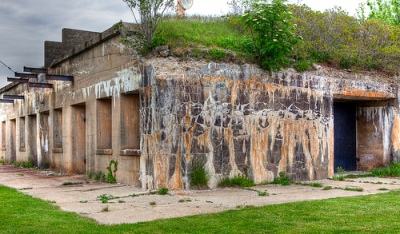 This fort was built in 1808. Later it was expanded. Also during the Second World War, it was manned and formed a part of the coastal defence.

Nowadays the fort is open to the public.