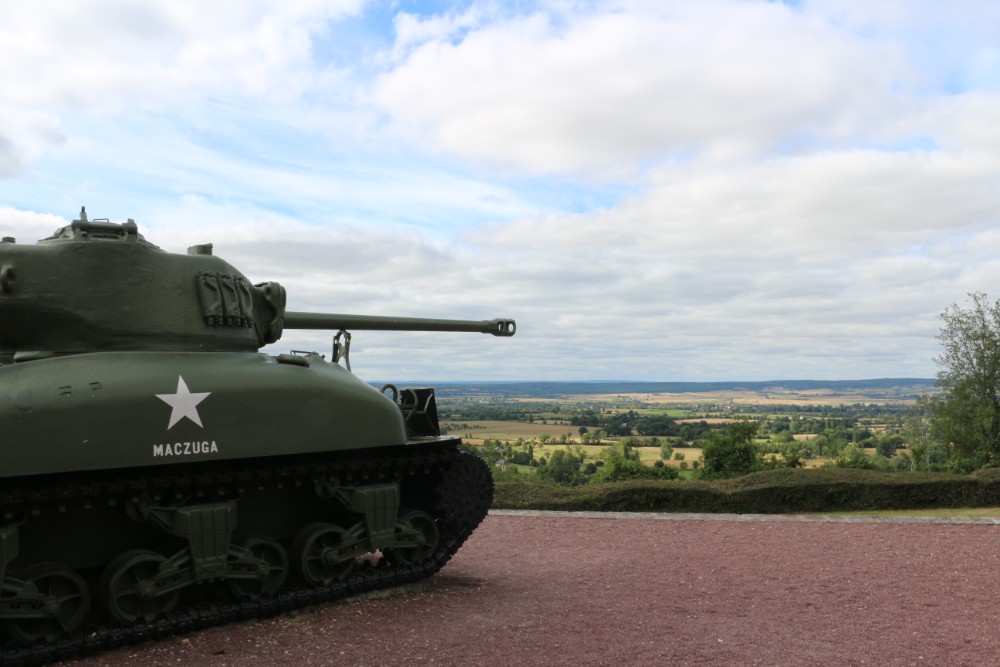 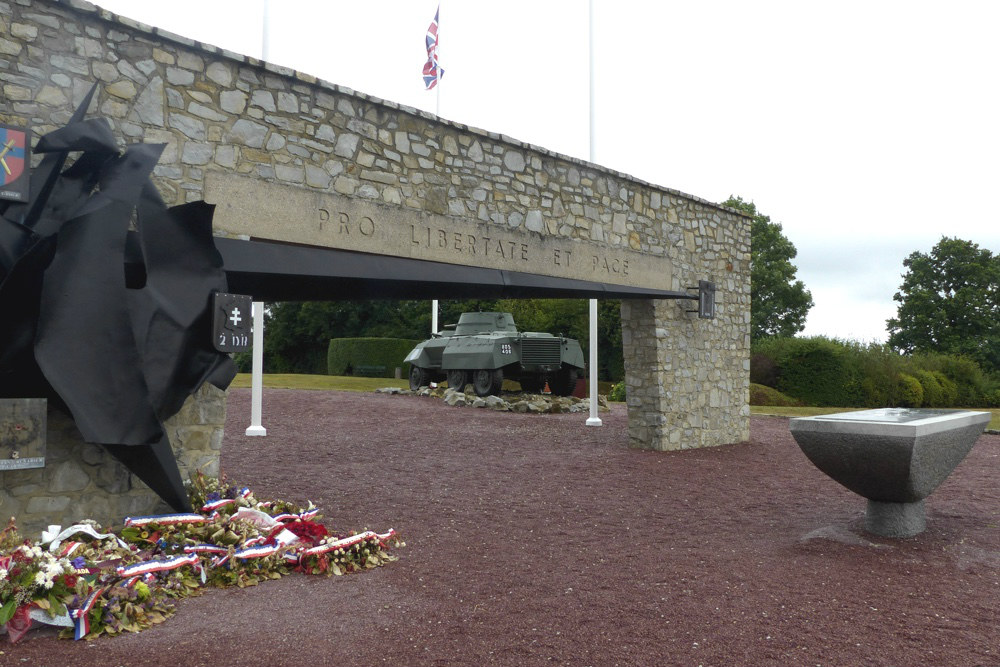 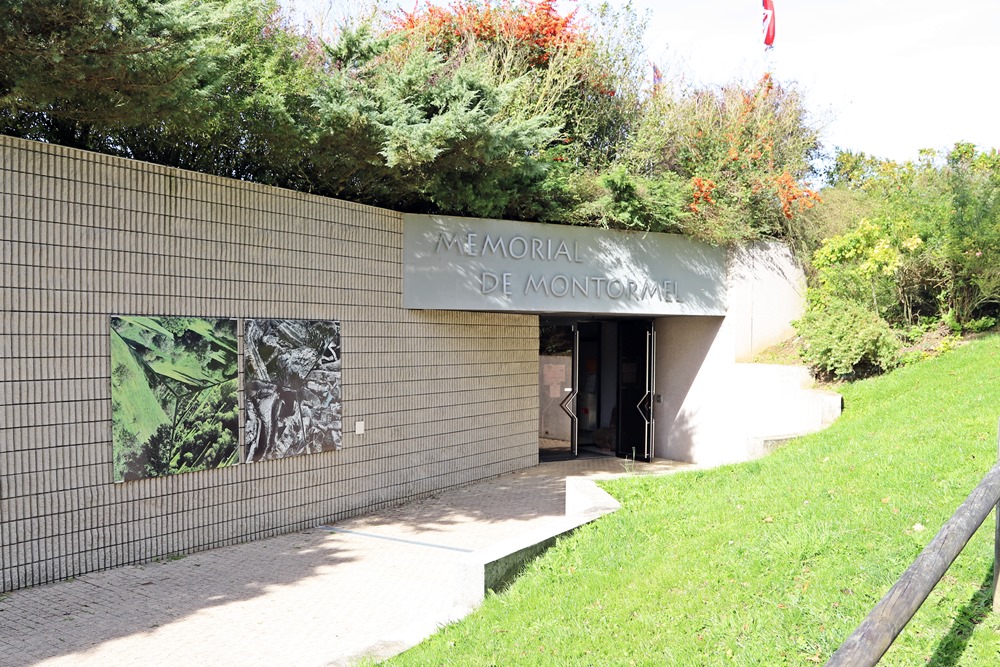 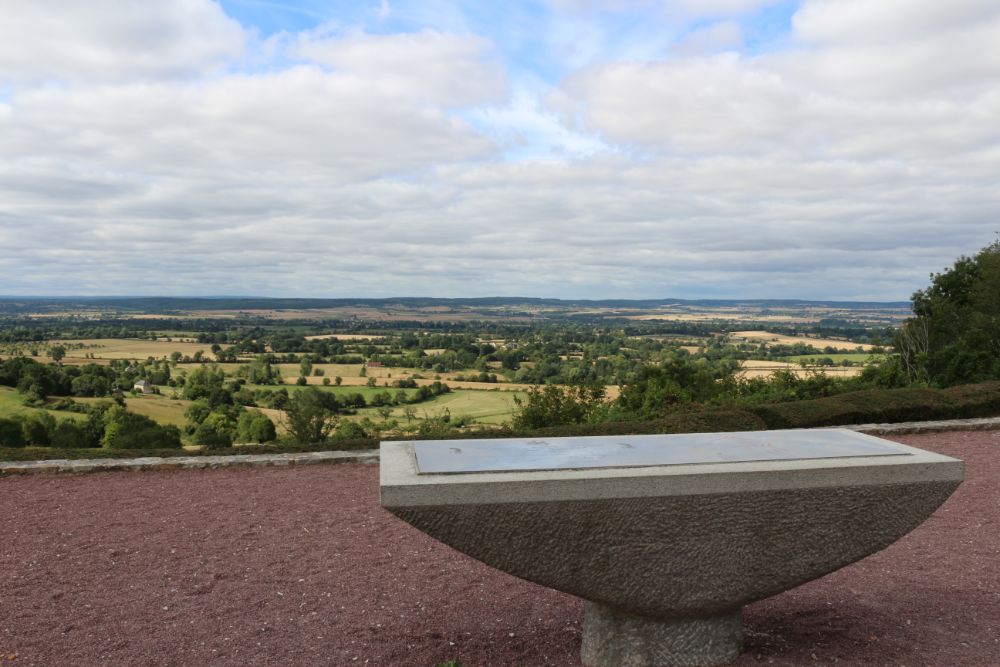 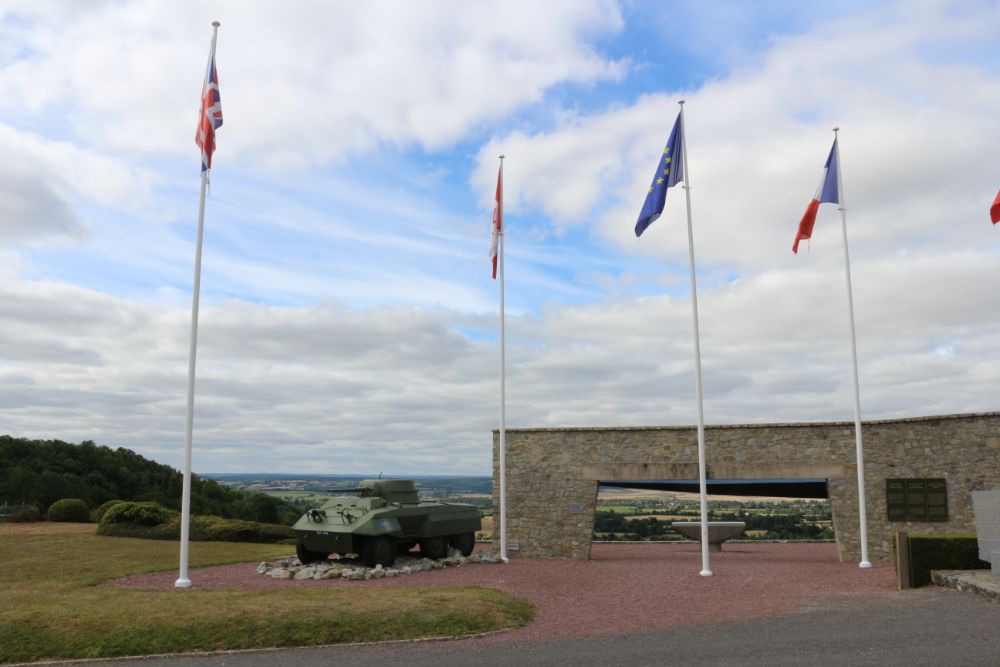 Memorial de Montormel was built in 1994, at the time of the 50th anniversary of the battle. Situated on hill 262, where the polish tanks took position on August, 19th, 1944, its naturally composed in the landscape.
It is a place of memory to be discovered and remembered.

Presentation of the most important chapters of the struggle in Normandy, beginning with the landings and finishing on the encircling movement of two german armies in the Falaise Gap.

The reception marks the beginning of the guided tour. Visits start every 15 minutes. The shop offers a large range of souvenirs and especially very interesting books about the Falaise pocket or the 1st Polish Armoured Division.

The map presents the progression of the various units during the battle. Its narrative program recalls the contracting of the Falaise pocket under the allied push, to finish in the narrow "corridor of death". The representation of relief, axes of communication and cities makes it possible to understand why and how hill 262 and 1st Polish armoured division entered history.

Thanks to the panoramic position of the Memorial, a guide revives almost "live" these three days of fights which put an end to the battle of Normandy. Testimonies of soldiers or civilians, precise figures, anecdotes, make this description very lively, while remembering the horror which accompanied the destruction of two german armies. This explanation near the windows constitutes the most outstanding part of the visit.

Around the animated map and in the adjoining room, several exhibitions present reminders of the battle: collected militaria, equipment of the soldiers, uniforms, photos one can even find the white flag having been used for the rendering of the last german soldiers encircled in Tournai sur Dives!

The visit finishes with the projection of a documentary film with a rich iconography of archives (films, photos and maps) and several testimonies of veterans often more "survivors" than "hero" of these confrontations.