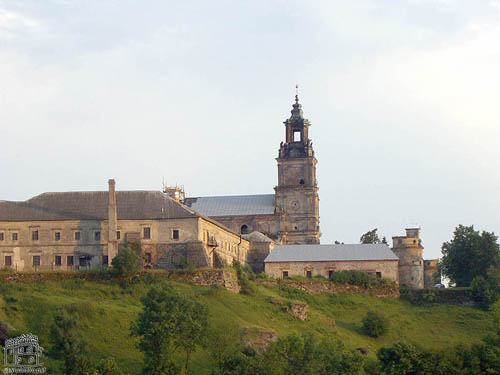 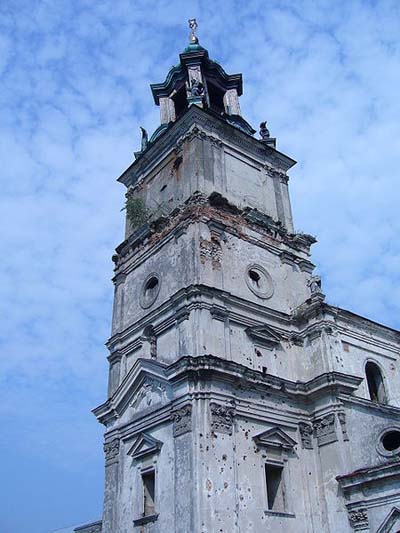 During the Second World War, the monastery of Pidkamin served as refuge for hundreds of Poles (in total 2,000 in the village) who escaped a certain death in the UPA massacres of Poles in Volhynia. On 12 March 1944, the manastery was assaulted by the UPA and elements of the 14. Galizische SS-Freiwilligen-Division, but the attack was repelled and some Poles managed to escape that night. The next day, the UPA promised to spare the lives of the inhabitans in exchange for the surrender of the monastery. While the monastery was being evacuated the UPA opened fire and entered the monastery complex and massacred everybody inside, including the clergy. The following days, the UPA and SS soldiers stayed in the village and more killings occured. On 16 March 1944, the soldiers retreated to the west, as the Red Army approached. The Polish death toll in Pidkamin is estimated on 600 people (but unofficial sources are estimating more like 1,000) and a further 365 Poles in the nearby village of Palkrowy.

The monastery today:
Many of its buildings are still bearing the damage of the UPA assault, for example the church tower contains many bullet impacts.