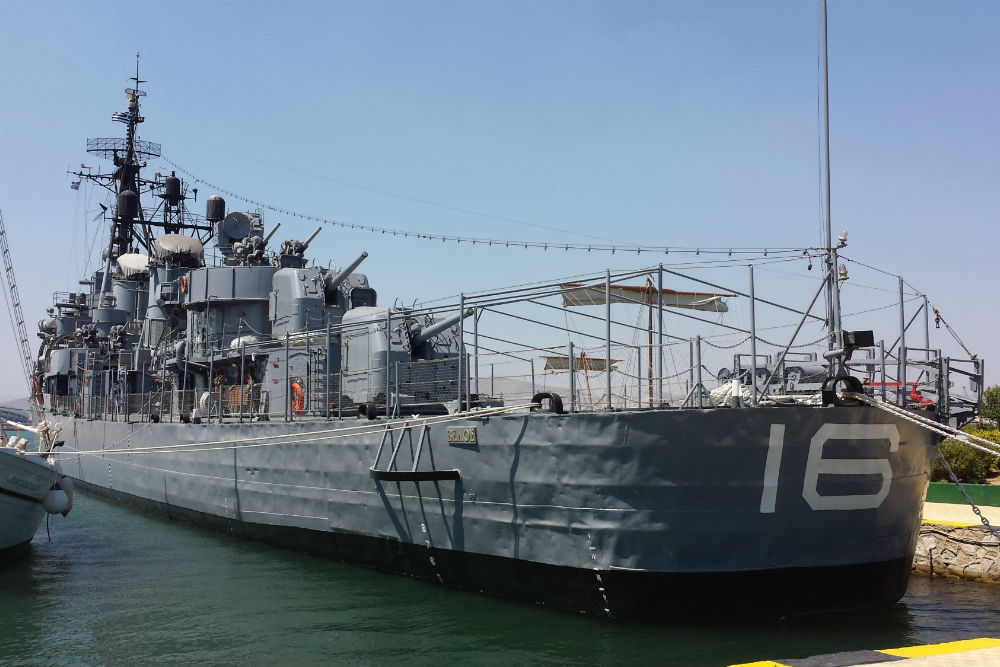 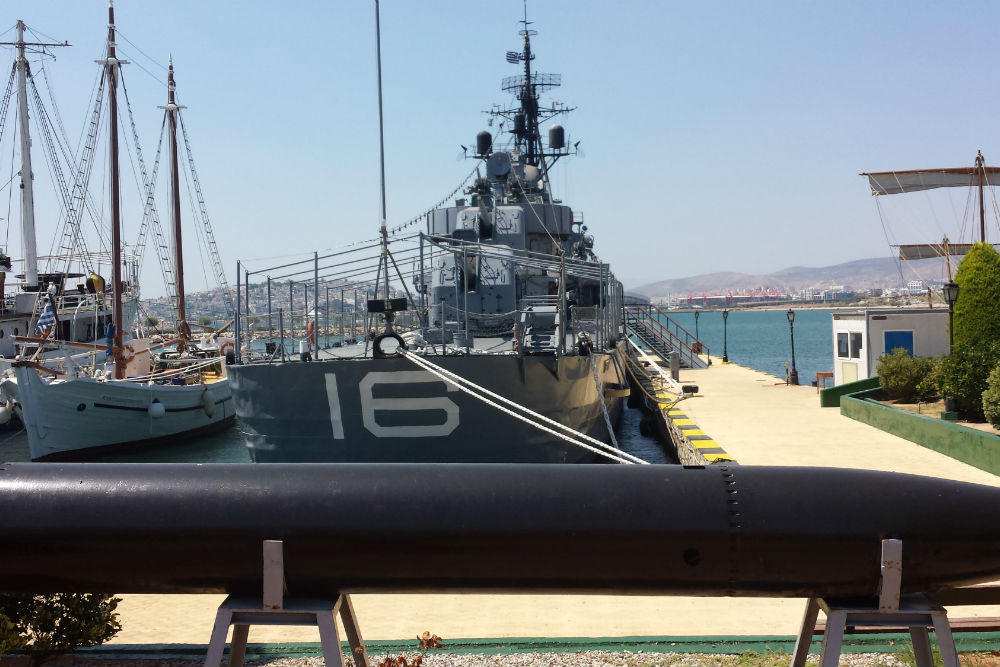 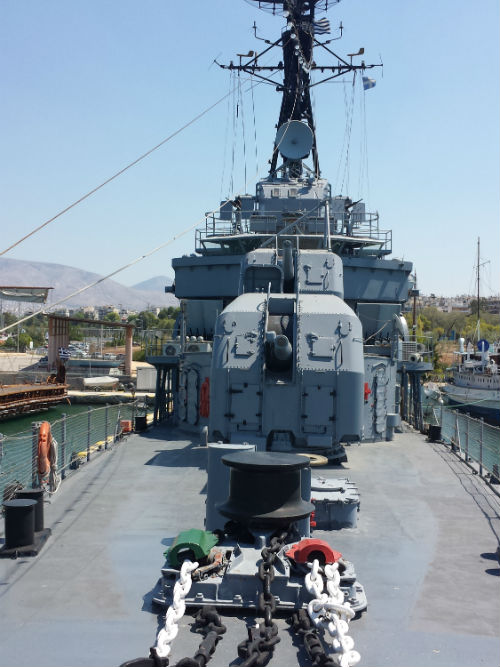 Here is the former destroyer USS Charette from the Second World War. The ship picked up a few Japanese soldiers from the see, of which a colour film is available. The ship later sailed for the Greek navy under the name Velos. In that role the ship played a part in overthrowing the Greek dictatorial regime, because the captain and crew committed mutiny during a NATO exercise and sailed to Italy.

The ship was in Athens until 2019, but has been in the port of Thessaloniki ever since.