On the 9th of April 1917 the Battle of Vimy Ridge took place. Easter Monday, 1917. The battle was part of the Battle of Arras. Vimy Ridge lies north of Arras and had to be conquered in order to defend the northern flank during the offensive. The ridge is clearly visible in the landscape; not the least because of the fact that the Canadian National Vimy Memorial can be seen from a huge distance, because of the two pillars. German troops lay entrenched in the ridge  the point of location to which the Canadian troops were to advance. Battle took place not just in the trenches above ground, but also underground in tunnels and mines. 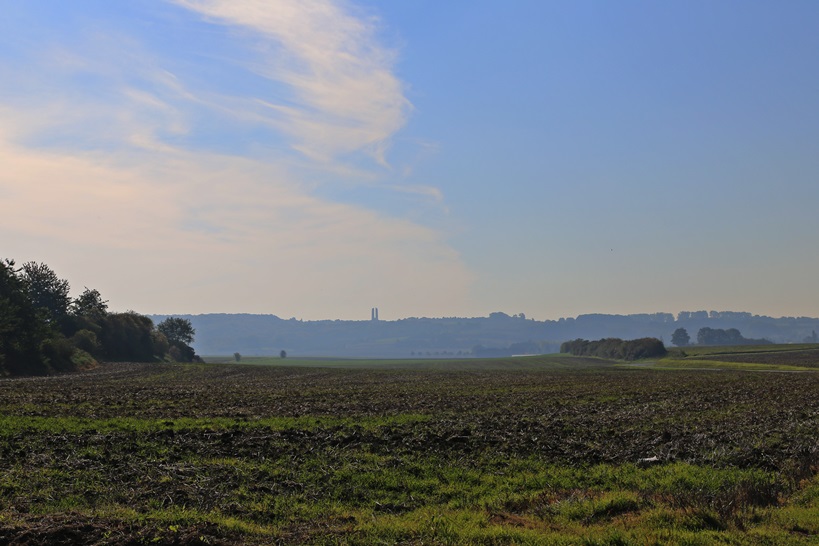 This picture was taken from the Lens-Douai valley. The Canadians came from the other side.

Its an impressive monument of 30 metres high. It took 11 years to build it, from 1925 to 1936. The stones were especially chosen so that the monument would exist for a long time to come. Eventually the stones were found in Croatia, but it took untill 1927 for them to arrive. To keep the men busy, it was decided to preserve part of the allied and German trenches around the Grange Crater. This crater was made by the allied troops to create more variety in the landscape. The accompanying tunnels were also preserved. 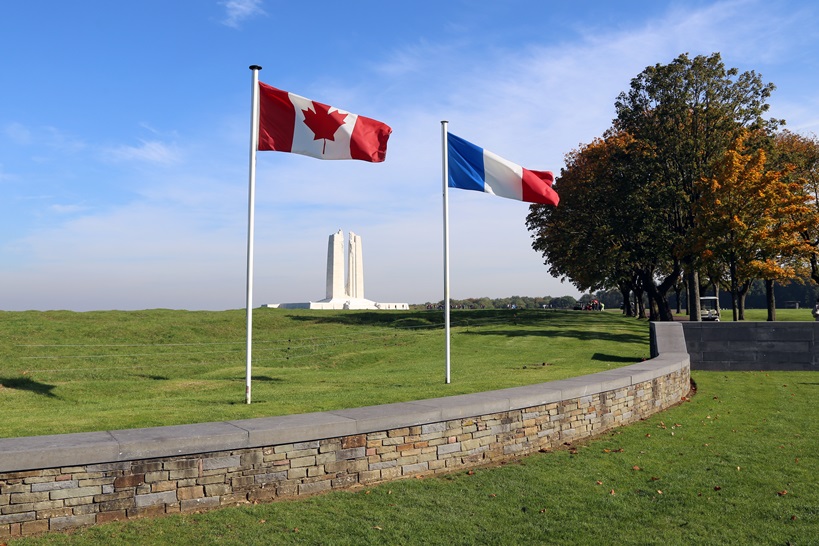 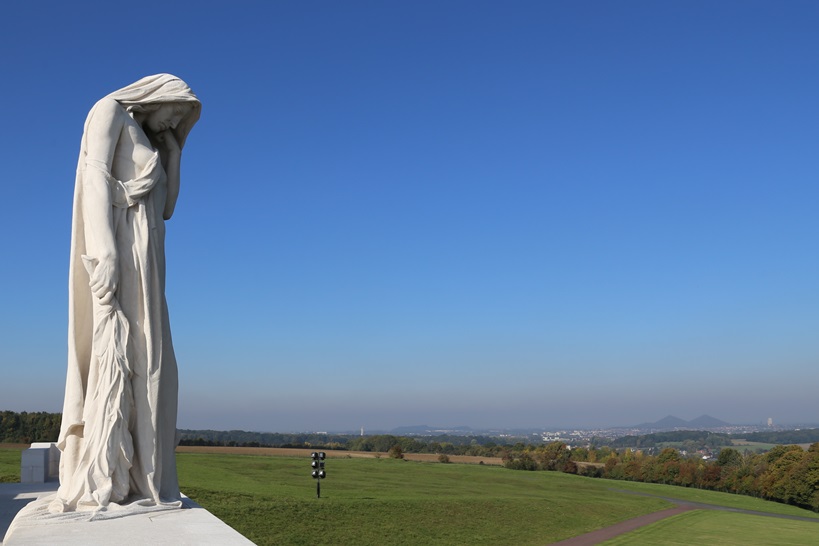 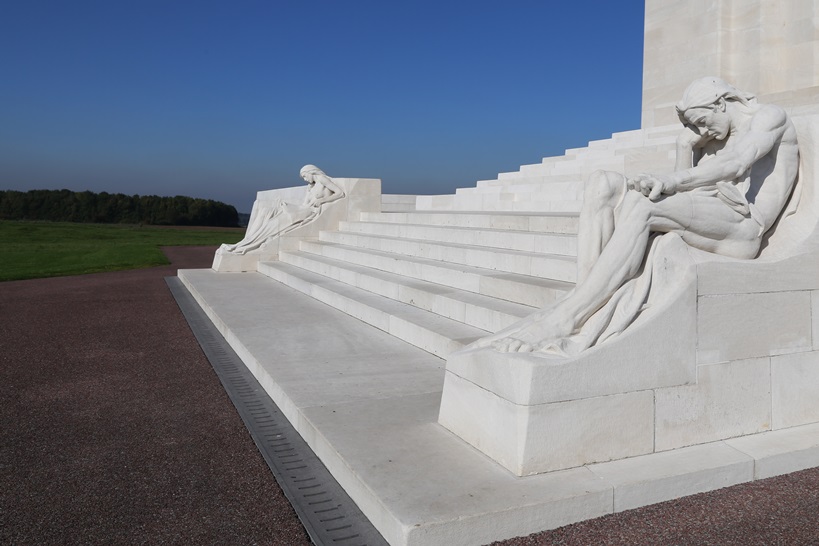 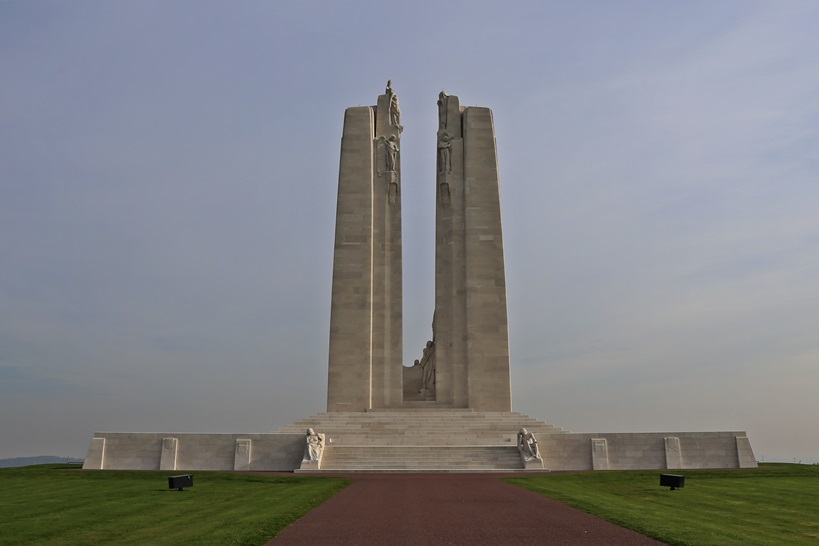 At this spot the Information Center is located. Canadian students give tours through the trenches and tunnels. These tours are certainly worth your while, if only because theres no other way to enter the tunnels! Of course you can also find information about the Battle of Vimy Ridge in the Information Center. 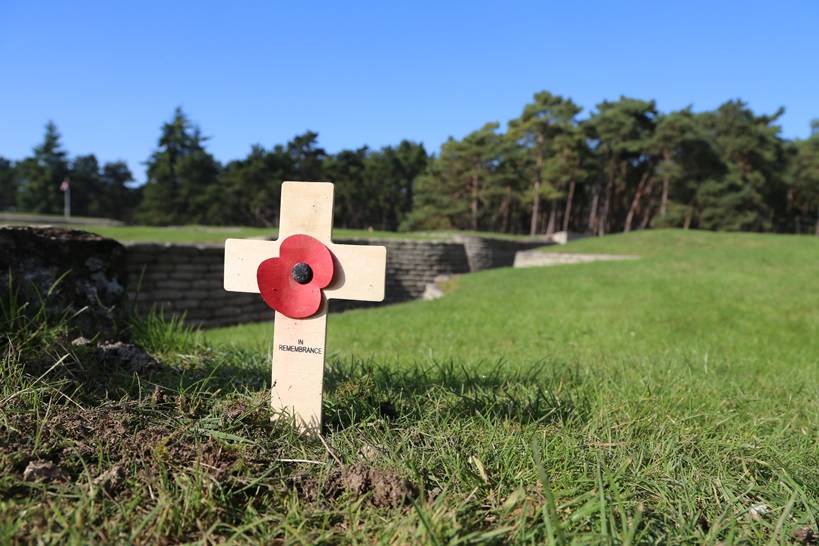 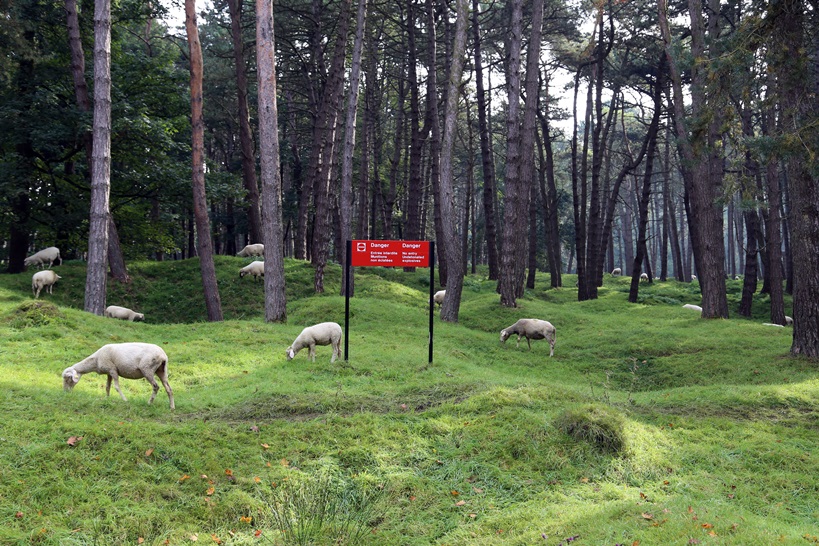 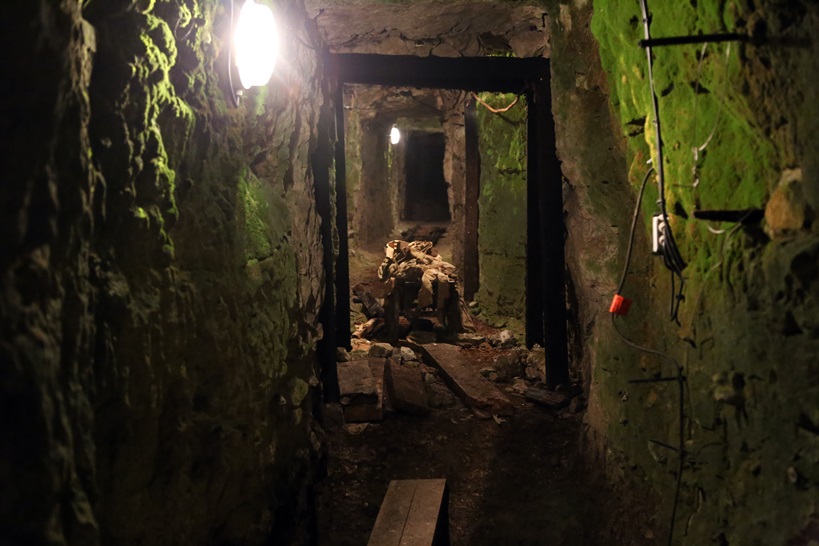 The park with the monument, the cemeteries and the information center are quite large. If youre not such a good walker, we recommend taking your car to the different sites. But if youre a good walker, it will take approx. half an hour. You will get a good impression of the landscape, walking from the monument to the cemeteries trough to the Information Center. The entire area is closed off for public safety due to unexploded munitions. The area has many craters filled with artillery grenades and underground mine explosions. 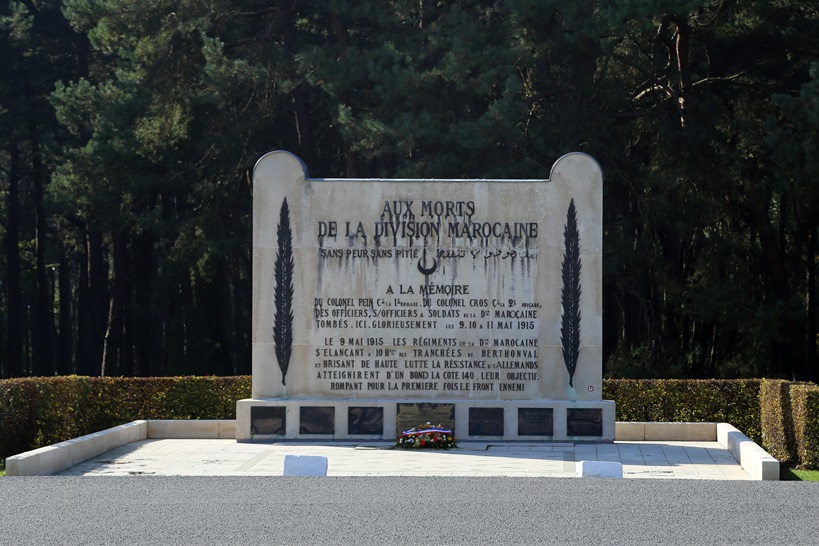 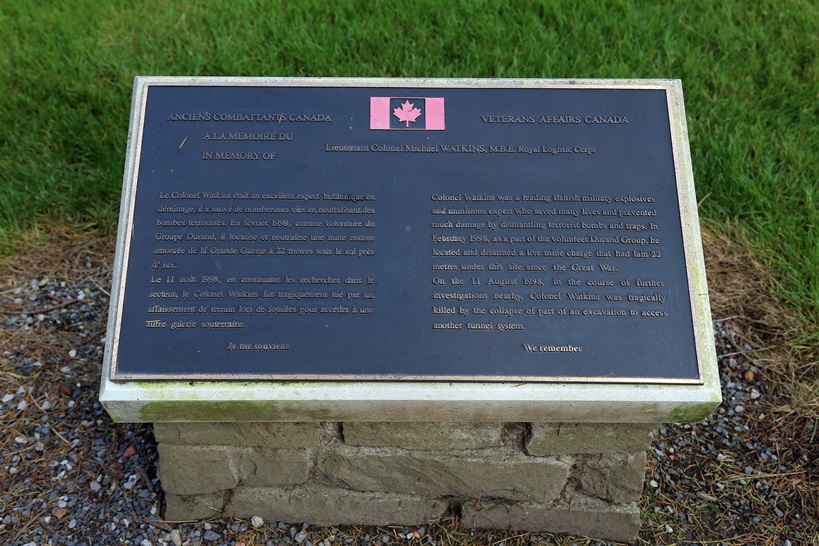 On the ridge a monument was also created for the French Moroccan Division who attacked the hill in May 1945  two years before the Canadians. During the Second Battle of Artois this division was able to chase away the Germans from this hill. Unfortunately they had to give up the conquered area again, because of a lack of reinforcement. Close to the information center you can also find a monument for Lieutenant-Colonel Mike Watkins, who was an expert in the field of explosives and ammunition. In 1998, he disarmed an explosive here. He died the same year, when a mine in which further investigations took place, collapsed. 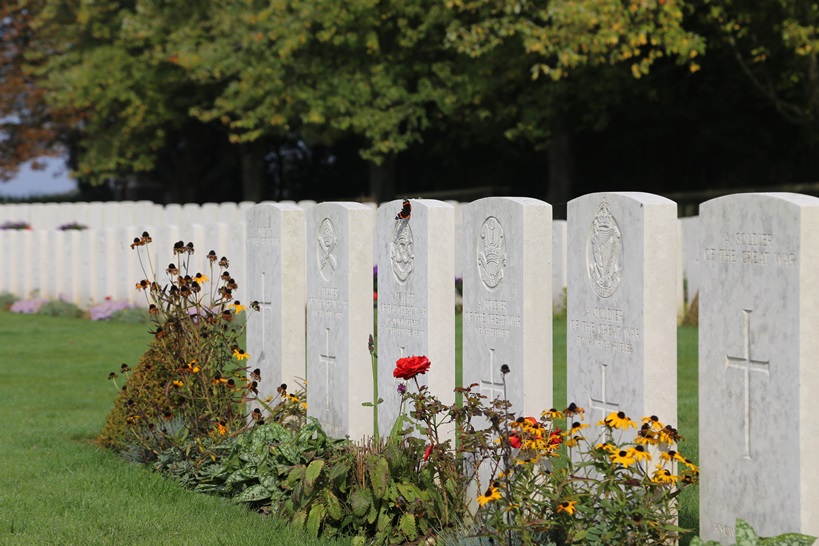 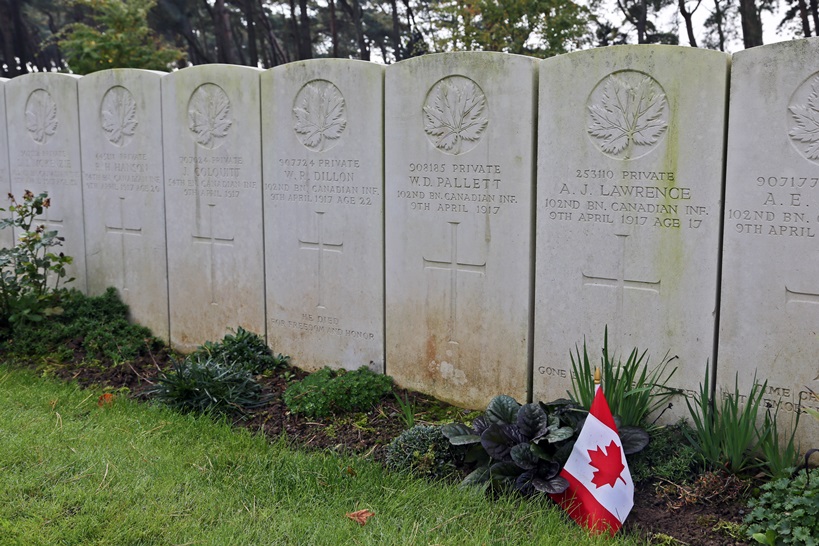 To walk on the same grounds as where all these men fought and died, remains very special Their name liveth for evermore.