Victor of the Battle of Egypt 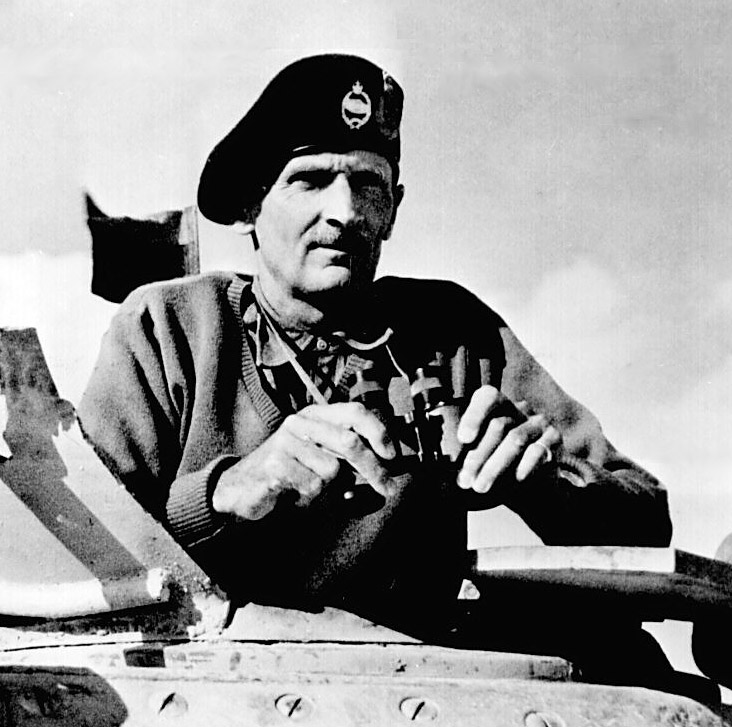 Hard on the heels of Rommel's shattered columns, the 8th Army's commander watches the pursuit from his tank turret. Thirty-four years have passed since Bernhard Law Montgomery joined the Royal Warwickshire Regt. as a subaltern. In the last war he served three years on the Western Front; in this he took the 3rd Division to France, and brought it back from Dunkirk. Now he is concerned to see there's no Dunkirk for the Afrika Korps. Photo, British Official; Crown Copyright.

Mustangs Are the Eyes of the Army

Mustangs are the product of North American Aviation, Inc., of Inglewood, California, and have appropriately been termed the "eyes of the Army". Used extensively by Army Cooperation Command of the R.A.