A handful of British parachute troops who fought on for three days and nights when surrounded at the end of the Arnhem bridge were taken prisoner, removed to Germany, then escaped to our lines. One of them, Lieut. D. Simpson, told the following story to B.U.P. war correspondent Richard McMillan, at Nijmegen, on Sept. 24, 1944.

We made a perfect drop on the outskirts of Arnhem. Within an hour my section had moved off towards their objective, the bridge over the lower Rhine in the heart of the town. In the darkness we passed through Osterbeek and reached Arnhem without any real opposition. Crouching through the streets, we reached the houses on the northern end of the bridge; our mission was to occupy them.

We got into a school building underneath the approach to the bridge, with the first storey above bridge level. The other section occupied other buildings there. That first night we made a charge against the pillbox guarding the bridge and set fire to an ammunition dump inside the pillbox, which blew up. Twenty Germans ran out with their hands up.

We then pulled back and began fortifying the schoolhouse. By this time the Germans had gathered a force and were attacking the next house with tanks which came along the river embankment and fired from a range of thirty yards. Some of the men driven out of this house crept over to the school under cover of darkness and joined us. Others got through from another battalion to add to our force. We then mustered about fifty.

The next enemy move was to machine-gun the school from the rooftops of adjoining buildings. When this failed, they set several houses on fire, hoping that the wind would carry the flames to the school. That move failed too. About midday a convoy of German half-track vehicles came over the bridge. We opened up with our Brens and Sten guns and killed the men riding in them. The lorries caught fire. That night there were blazing houses and blazing lorries, and the enemy started mortaring.

Then, in the darkness, from the side farthest from the flames, the enemy began stalking towards the school. We spied them in time, and dropped hand grenades on them. After five minutes they withdrew, leaving behind a mortar, two machine-guns and several Bazookas. On Tuesday a Mark III tank appeared with fifteen infantrymen, and began a furious firing. This scrap went on most of the day. One of our men crept across the road and dropped a bomb from a housetop on to the tank and disabled it.

That evening the Germans again tried to burn us out, but our men got out on the rooftop when the flames spread to the school and managed to put the fire out. All night long Tiger tanks roamed round shelling the school until it was riddled like a sieve. It was a hectic night, mortars adding to the din and havoc. The next day  D plus 3  was so quiet that we thought the Germans had pulled out, but at 10 in the morning two Tigers starting battering away once more. By this time we had rigged up a radio and were talking from one house to another, comparing notes.

From our second floor we could see Germans working on the bridge and realized that they were putting in demolition charges. It was time for us to take action! We rushed out with fixed bayonets through the enemy fire, cleared the Germans from the bridge, and removed the charges. Then the Germans counter-attacked, and we withdrew to our houses. They set fire to the school, and the building began to fall in.

We had 21 wounded and decided to try to get out with them. There were now 45 altogether in our party. We got as far as the next house when the Germans raked us and pinned us down. Under this very heavy fire we suffered further casualties. The wounded now totalled 35, and it was decided to leave four men with them and give the rest a chance to escape. But as we got clear of the houses, the Germans closed in and forced the last six to surrender.

The rest of the glowing story was told by Corporal Charles Weir, of Richmond Terrace, Aberdeen, and Corporal John Humphreys, of Wormsley, Herefordshire. He and Weir, munching food at on open-air kitchen, paid tribute to the gallantry of their officers. It was just another adventure for Humphreys. He had already been captured in the Italian campaign, and escaped from prison at Ancona.

"It was a tough do on the bridge at Arnhem", Humphreys admitted between hungry bites into a huge meat sandwich. "A tough do!"

Osterbeek is obviously misspelled in this article, it should be Oosterbeek.

I Was There! - I Saw the Royal Marines Go In at Walcheren

Westkapelle, keypoint in the Dutch island of Walcheren blocking the entrance to the Scheldt and Antwerp, was in our hands by November 2, 1944. Arthur Oakeshott, Reuters' special correspondent, saw it 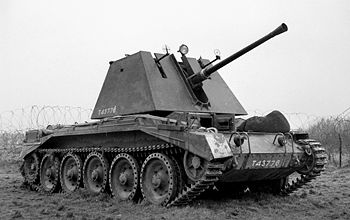 Communiqués and newspapers refer frequently to Service arms, weapons, secret and otherwise, ships and personnel, by initial letters and names which sometimes can be very puzzling to the reader. This c