A considerable amount of publicity has been given to radar as used for anti-aircraft purposes. It is now possible to reveal how the Ministry of Supply Radar Research and Development Establishment (known as R.R.D.E.) at Malvern found even further uses for it.

In both Great Wars a vast number of the casualties suffered were inflicted by mortars: those highly mobile and very formidable weapons against which the trench, wall, or usual cover, affords inadequate protection. To beat the mortal a solution had to be found to the following problem: how can the mortars be spotted with sufficient accuracy and speed to enable fire to be brought to bear on them before they are moved? In considering the problem it must be borne in mind that mortar teams make a practice of constantly changing their position in order to confuse the other side.

It was only when the War was in its fourth year that the old methods of locating, based on sound-ranging or actual visual spotting, began to be superseded. Existing methods were successful only under very favourable conditions and did not, therefore, by a long way solve the problem; with the result that mortar casualties remained high. Then radar became a decisive factor in the fight, locating mortars with such accuracy and speed that gun-fire could be brought down on the target within a very short time of the first mortar bombs falling.

It had been found during research that some radar sets were able to see mortar bombs in the same way that aircraft could be seen. Thus, when the bomb passed through the radar beam its trajectory could be plotted and its point of origin determined. Work was urgently undertaken at R.R.D.E. By the scientists, R. G. Friend, G. H. Beeching and C. G. Tilley, on the adaption of existing anti-aircraft radar to this use.

There was, however, one especial difficulty: owing to the limitations to vision caused by hill, etc., it was not possible for a radar set to see the bomb during the early part of its flight, and therefore the plot excluded the vital portion. An ingenious way round this difficulty was found by R. I. B. Cooper and W. T. Stone, who produced a device for attachment to the radar which gave location to a high degree of accuracy. A gallant attempt was made by D. R. Chick, of R.R.D.E., to produce a highly mobile equipment especially for this role. Bad luck at the end of the European war defeated the attempt, but development still continues.

The difficulty of detecting the movement of enemy vehicles and troops by night or in fog without making use of lights or flares has, to a certain extent, been overcome by radar equipment of special design. This equipment, designed by C. A. Walley, working under E. W. Chivers and Dr. A. E. Kempton, is fully mobile. It is capable of detecting the movement of vehicles, trains and bodies of troops at very considerable distances.

Warning to operators of any movement is given by a note on a loudspeaker. It is easy to imagine the effect of such a set had it been produced in time to watch certain road junctions during the liberation of France. Immediately the enemy began to move by night, a heavy and accurate concentration of fire would have descended upon them, making movement impossible.

When guns are bombarding small targets it is necessary for an observing officer, in a position well forward of the guns, to correct the fire by visually observing the fall of the shells on the ground. It is not difficult to realize that this method of controlling fire is impossible in darkness, fog and bad visibility, with the result that in these conditions shells cannot be corrected.

The Enemy Were Astonished

Dr. Kempton and F. J. M. Farley set to work on this problem, and radar equipment can now, in certain circumstances, take the place of the observer, inasmuch as it enables the radar operators to see on the cathode ray tube both the target and the position of the fall of the shell in relation to the target. From this information correction to range and line can be applied, until the target and the fall of the shell are seen on the tube to coincide  in other words, when the target is actually being hit.

As in the case of all radar, equipment is not handicapped by darkness and fog. On occasions during the War the enemy were astonished to find themselves subjected to heavy gun-fire which had obviously been corrected on to the target, when it was impossible for any observer to see more than a few yards. They did not know that the correction was being made by the use of radar.

It is interesting to note that the major part of these developments arose from the use of radar in a role for which it had not been originally designed. Such is the flexibility of modern radar equipment that it has been possible, by close co-operation between the Research Establishment at Malvern and Army users, to adapt existing sets for new roles as an interim measure in the field, while special equipment is still under development. 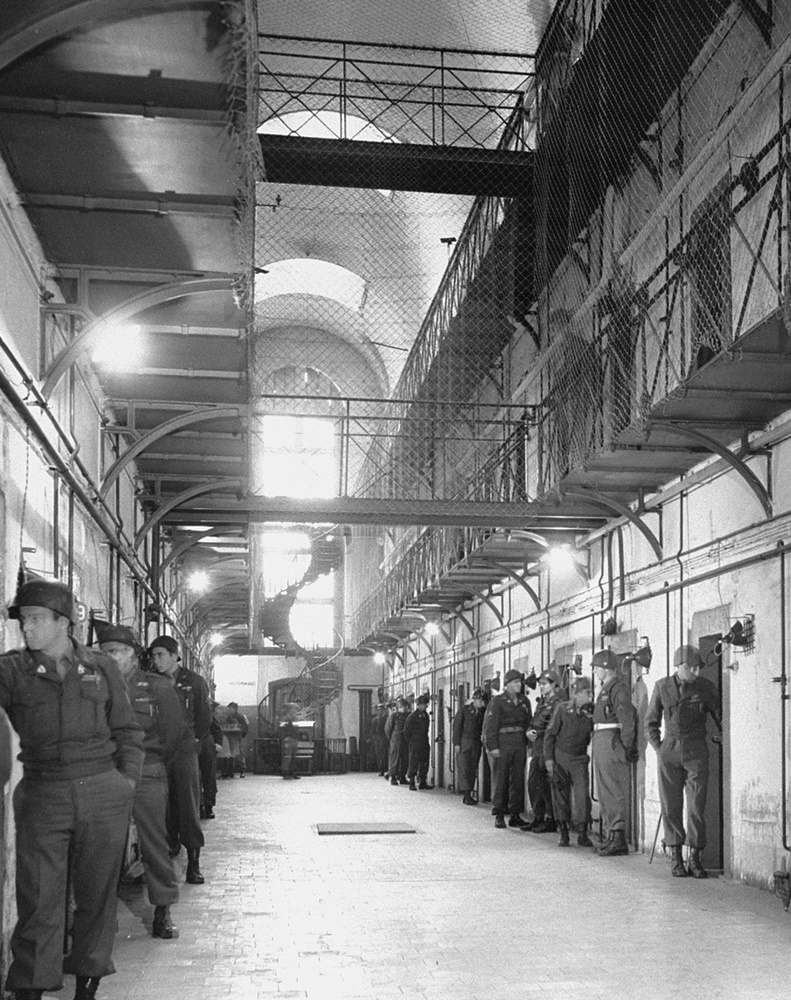 A gigantic aircraft carrier, 2,000 feet long, 300 feet across the beam and 200 feet in depth, was projected as the Was was entering its third year. This floating airfield would have had hangar capacit