Sinking of the Junyo Maru

Many people think the sinking of the Titanic was the biggest disaster in modern history also due to the romanticized motion pictures. Over 1,500 people drowned in the icy waters of the Northern Atlantic in the night of April 14th to 15th 1912.

But even larger catastrophes occurred. On January 30th 1945 at 21:00 hours the German ship Wilhelm Gustloff was hit by three torpedoes from a Soviet submarine. The captain was commissioned to evacuate refugees and wounded German soldiers from the harbour of Gdynia (then Gotenhafen) which was to fall in the hands of the Red Army soon. The stricken ship sank immediately. The correct number of people on board will remain unclear but it is assumed that more than 9,000 victims died that night.

A few months earlier in September 1944 a similar catastrophe occurred on the other side of the world in front of the coast of Sumatra. A Japanese freighter of 5,065 BRT, the Junyo Maru, was torpedoed by a British submarine. On board were 2,300-2,500 Dutch, British, American and Australian POWs and approximately 4,200 forced labourers from Java. The vast majority of them, over 5,600, would die.

front
Largest Soviet ground formation. It was attached to a certain area which gave its name to the units involved. For instance the Voronezh front.
POW
Prisoner of War.
Red Army
Army of the Soviet Union. 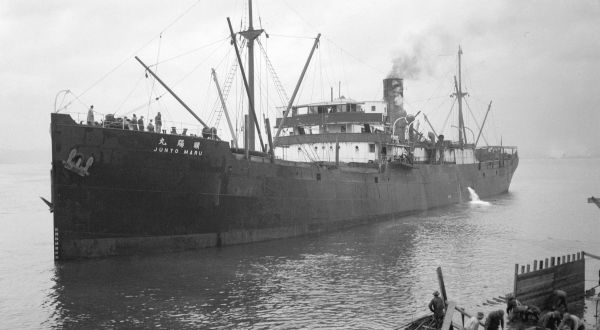 The Japanese expansion after the attack on Pearl Harbor on December 7th ,1941 seemed unstoppable. Japan needed vast amounts of labour in Japan for the war industry but also in the occupied territories for the creation of roads, airfields, defensive works and railroads. For a part POWs were deployed, but their number was insufficient to do all the work. With false promises the Japanese occupational forces tried to recruit the indigenous population but as it turned out that the Japanese mistreated the labourers barbarically the number of volunteers declined. The Japanese administration resorted to massive round ups after which the people were forced into hard labour. These work forces were called romushas (Japanese: work soldiers) but were really forced labourers. They were used as slaves. The Japanese hardly counted their numbers so after the war it was difficult to determine the exact numbers involved. Hundreds of thousands were deployed in the final war years.

The cheapest way of transport between the countless islands of the Indonesian archipelago was by ship. For a large island like Sumatra the Japanese however desperately needed a railroad between Muaru and Pekanbaru especially for the transport of coal. The Dutch colonial government had planned a rail road in the twenties but due to high costs this was never realized. The Japanese occupier began in April,1943 with the construction of a single railroad of 220 kms between Muaru and Pekanbaru. The circumstances under which the POWs and the romushas had to work were miserable. The sick and the dying were left to themselves. 2,346 POWs died during the construction of the railroad and probably approximately 25,000 romushas, which was 85% of the total number deployed. According to plans this railroad was supposed to be ready on August 15th 1945. This was to be the date of the Japanese surrender. The railroad was never used.

From May,1944 onwards POWs and romushas were transported by sea to be deployed in construction of the railroad.

On September 14th 1944 the Junyo Maru was waiting in the harbour of Tandjung Priok for the embarkation of thousands of POWs and romushas. Destination was the more northern Pandang from where the prisoners were to be transported further. The greater part of the POWs came from the camp of the 10th battalion of infantry in Batavia. For the major part those concerned were Dutch, British, Australian and American military personnel and members of the Town Guard of Batavia and also civilians and personnel from the Merchant Navy. Ambonese and Menadonese soldiers from the KNIL, the Royal Dutch Indies Army, were also part of this group.

The Junyo Maru was in poor condition. It was poorly maintained and rusty on all sides. Provisions were rare. Remnants of cement and coal dust from earlier voyages were everywhere. The bad condition of the Junyo Maru was no exception. Those ships were called hell ships by the Allies.

Over 4,200 romushas were housed in the front of the ship. The POWs came in the back of the ship; on the deck and inside the ship. Every hold was divided into three storeys. In order to transport more prisoners scaffoldings of bamboo were mounted. As a consequence there was a great lack of hygiene.

Sanitary provisions were simply absent. Everyone had to defecate and urinate on the deck over the side of the ship. Because of overcrowding however it sometimes took an hour to reach the deck, if those who suffered from dysentery could make that at all. The mid ship and the decks were loaded with trucks, boxes of dynamite and barrels of fuel. It was usual that prisoner ships also transported material and weapons.

All prisoners on board were exposed to the elements. Cloths nor sails were on board. No provision for drinking water had been taken. Food however had been taken care of and even vegetables were provided. But because of the overcrowding not everyone was able to get a meal.

The ship had only a few life boats. None of the prisoners had any illusion to find a place on them were there to occur a disaster. The vessels were reserved for the hundred Japanese on board. Remarkably these wore their life jackets day and night because they feared the Allied submarines for good reason.

front
Largest Soviet ground formation. It was attached to a certain area which gave its name to the units involved. For instance the Voronezh front.
infantry
Foot soldiers of a given army.
KNIL
Koninklijk Nederlands-Indisch Leger meaning Royal Netherlands East Indies Army (1830-1950). Name of the Dutch army in the Netherlands East Indies.
mid
Military intelligence service.

On Saturday, 16th September 1944 at 15:00 hours the Junyo Maru sailed from the harbour of Batavia, Tandjung Priok. She was escorted by two small escort vessels and a few airplanes.

During day time the prisoners were exposed to the blistering sun. At night there was the cold. Heaps of prisoners died from exhaustion. Without any ceremony these were thrown overboard by the Japanese. On the second night there was a sharp gale and rain showers whipped the exhausted bodies of those who remained on the deck. On Monday, September 18th the sun was shining intensely again. The change of circumstances of the weather didnt do the prisoners a lot of good also in view of their already bad condition. When at the end of the afternoon it seemed to be going to rain again many of the prisoners on the deck searched and found a place in the insides of the ship. This attempt to find shelter from the elements would be their death.

In the vicinity of the route the Junyo Maru was following the HMS Tradewind was on patrol. This British submarine had been added to the Allied fleet of submarines in January of 1944. The Tradewind was commissioned to destroy Japanese cargo ships. In the afternoon the duty officer who was in command of the watch noticed a streak of smoke on the horizon. The high power periscope was out of order so he had to use the low power periscope. Because of this the HMS Tradewind was forced to close in to the observed ship. Upon approaching the Junyo, the commander of HMS Tradewind, Lieutenant- commander S.L.C. Maydon, ordered the launching of four torpedoes.

Although the Geneva Convention postulated that ships that transported POWs must have a well visible red cross displayed on board the Japanese ignored this for most of the time. Thus the Junyo fell prey to the Allied torpedoes.

Two out of four torpedoes hit the Junyo. The ship didnt sink immediately. Many POWs jumped overboard but many who stayed inside the ship were trapped like rats. Most of the romushas couldnt swim and stayed on board the stricken ship. In the ocean survivors held on to life boats and loose flotsam and jetsam. Slowly the sinking ship rose vertically until it stood perpendicular on the water. Those who were still on the deck, mainly romushas, dropped to their deaths on the front of the bridge and disappeared under water. The sinking took only twenty minutes.

Still during the sinking of the Junyo the two escort vessels tried to save the men in the water. One might expect that only the Japanese crew was saved but that wasnt the case. Many POWs were saved. But whoever was too weak couldnt count on mercy and was thrown overboard again. Those who were saved werent at the end of their ordeal. The night was difficult and next day the sun burned remorselessly on the survivors. Without food and with hardly anything to drink both ships sailed independently from each other towards the coast. One ship put the survivors on shore in the Emma harbour of Padang while the other were discharged into the sea 500 meters from the coast with Japanese awaiting them on the beach. An organized effort to rescue the drowning men wasnt started. Some POWs lay in the water for forty hours before they were saved. It is true that possibly local vessels were used to save the drowning POWs. In the end approximately 680 of them were saved along with around 200 romushas.

Without a moment of rest the survivors were put into the local prison upon arrival in Padang. Circumstances were dire. The prison was overcrowded and medical attention wasnt available. In the coming days another thirty POWs would die due to exhaustion and dysentery. They are buried at the European cemetery in Soloh, not far from Pandang. The agony of the others was anything but over. Most of them would die eventually during construction of the railroad.

front
Largest Soviet ground formation. It was attached to a certain area which gave its name to the units involved. For instance the Voronezh front. 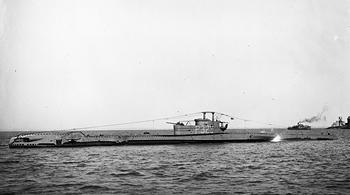 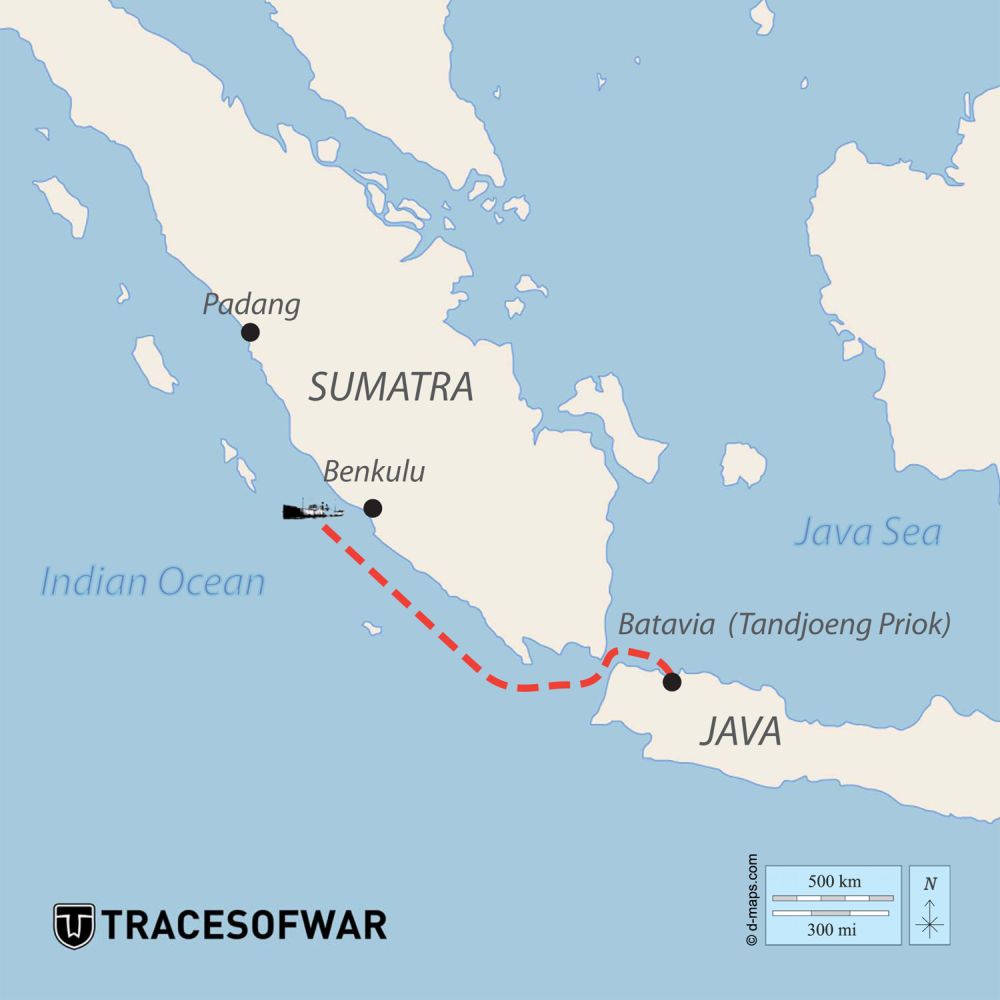 It would take until 1984 before a remembrance service was held and a memorial plaque was dedicated on the military cemetery of Leuwigadjah. Both these were an initiative of the foundation for remembrance Junyo Maru-Sumatra.

In the chapel on the military cemetery Loenen in the Netherlands there is a plaque commemorating those who died in the Far East between December 1941 and August 1945 and received a sea mans burial. During the same period over 68,000 forced labourers were transported over sea in East Asia. More than 22,000 or over 32% perished.

In 2004 on Bronbeek estate a monument was revealed by two survivors of the Japanese sea transports. This was an initiative from the Association of Former Internees and Repatriated from Overseas. Every year a commemorative service is held here for the military, the civilians and the romushas who perished during the sea transports.

For many Dutch people the tragedy with the Junyo Maru remained unknown. Operation Market Garden was closer to home. Fewer Dutch people actually lost their lives during this operation.

This article was originally published in Dutch on the website Dodenakkers.nl. 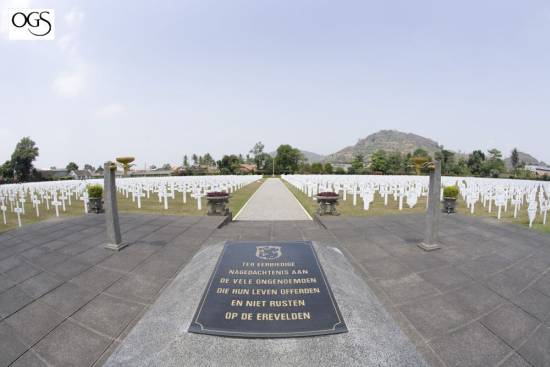 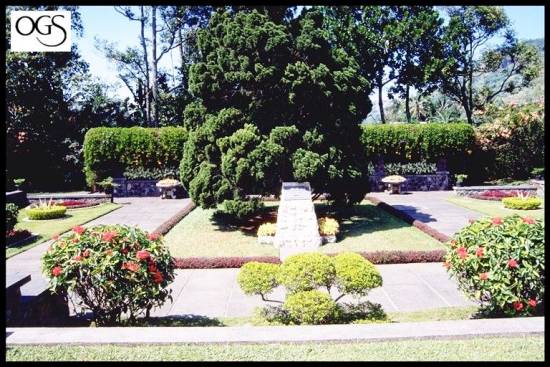 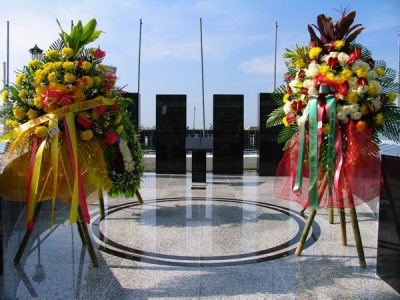 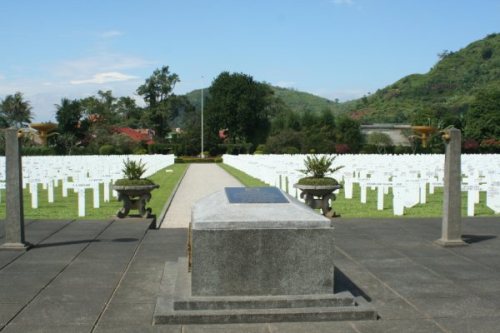 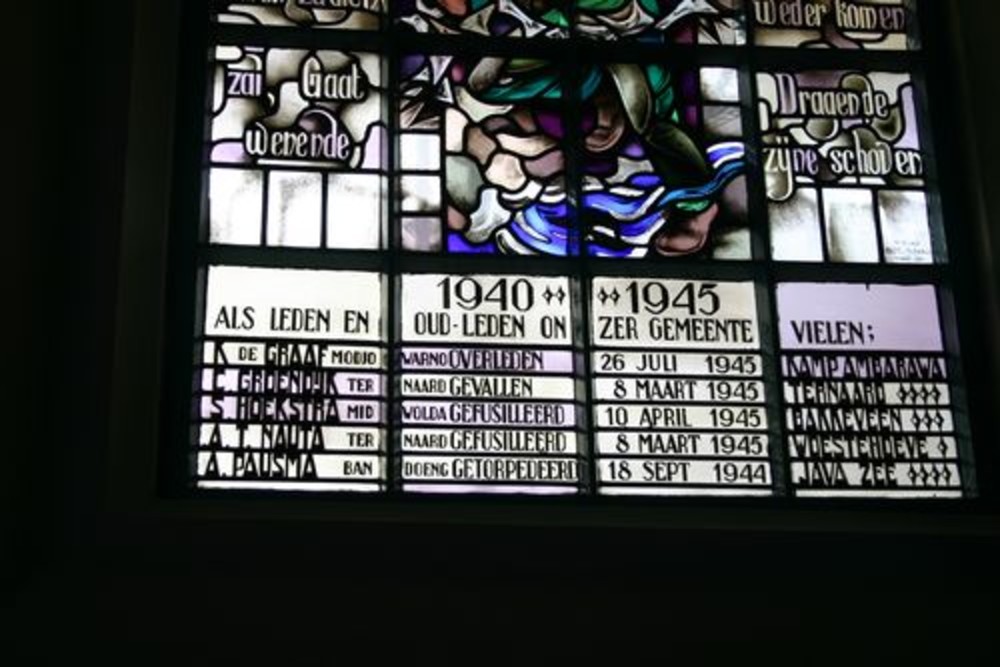