Following his officers training at the Royal Military Academy Sandhurst, Coke joined The Kings Own Scottish Borderers (KOSB) on August 27, 1931 as a 2nd Lieutenant. In this regiment he made his career and early 1942 he was promoted to Major. As a Major he was second in command of the 7th (Galloway) Battalion of the Kings Own Scottish Borderers. This Battalion did not see active service during the first years of the war. This changed when the Battalion was added to the 1st Airlanding Brigade, under the command of Brigadier General R.H.W. Hicks. Together with the commanding officer, Lieutenant Colonel Robert Payton Reid, he was responsible for the selection of troops fit enough for their new assignment during operation Market Garden. The codename for the combined airborne and ground operation with the objective to penetrate by way of a number of bridges in the south-east of The Netherlands into the German Ruhr region

The 7th KOSB landed on September 17th at Wolfheze, where skirmishes occurred with the Germans. Later that day, KOSB companies were sent out to secure the second landing zone. The next morning they occupied positions on the vast Ginkel heath where the 4th Parachute brigade was scheduled to land. These positions were extremely vulnerable. While the paratroops of the brigade under the command of Brigadier J.W. Hackett were dropped, units of the 7th KOSB were engaged in fierce fighting with German, and partly, Dutch SS troops who tried to drive them out of the woods. Major Coke was also involved in these skirmishes and showed great courage in going ahead of his men.

Late in the afternoon of September 18th the 4th Parachute Brigade began to march on to Arnhem. The companies of the 7th Kings Own Scottish Borderers were acknowledged by Brigadier Hackett for their efforts to keep the dropping zones free from enemy infiltration. Since a battalion of the 4th Parachute Brigade was transferred to the command of Hicks, Hackett received as compensation the 7th KOSB added to his command. Although Hicks required that the battalion should remain available from its new position at Johannahoeve to protect the landing zone for the gliders of the third lift.

The Kings Own Scottish Borderers were stationed in the vicinity of a large farm, the Johannahoeve. Here they had to wait until the gliders would land. The first hours were relatively quiet and the third lift also landed successfully. During the retreat on Wolfheze the 7th KOSB was involved in heavy fighting. During those skirmishes they attacked a German unit of more than 200 men so fiercely that they quickly retired into the woods.

Late on September 19th the 7th KOSB, under the command of Payton Reid and Coke moved to Oosterbeek and were stationed in their own section in the north of the perimeter, concentrated around this village. About 270 troops were still available and the defence was centred around Hotel Dreyeroord. This hotel, known as the White House by the Borderers, was situated near a railway crossing. German tanks coming from the north could pass only by way of this transition to Oosterbeek.

Late in the afternoon of September 21th German infantry carried out an attack on Hotel Dreyeroord. Heavy fighting ensued and great courage was shown by the 7th KOSB. Payton Reid even led a bayonet charge and succeeded to retake much of the lost terrain. During those actions Major Coke was wounded. The surgeon of the 7th KOSB, captain Devlin, left with the walking wounded, Coke also was part of this group. On their way however they encountered a German tank and they were taken prisoner.

Together with other prisoners, Coke was brought to Palace Het Loo in the town of Apeldoorn. He landed on the 1st floor in one of the buildings that were used to house the wounded prisoners of war. Curiously enough, on this floor no guards were present, so Major Coke took advantage of this opportunity. On the night of October 14, 1944 he escaped, together with two glider pilots by lowering himself on a curtain cord.

The three fugitives came into contact with the local resistance that took them to the village of Achterveld by bicycle. From there the two glider pilots were taken to an assembly point, from where they were sent off to take part in operation Pegasus 1 a few weeks later. Major Coke, however, was too badly injured to travel further, and was housed with headmaster Hoogeweg.

After a few days however the Hoogeweg family was ordered to billet a German officer. It was therefore not safe any longer for Coke to stay there, so he was transferred to the Dijkstra family. They lived on the estate of the Rudolph Foundation at Achterveld and provided shelter to several Jews and allied pilots during the war. There was also a foster son, Fred Hager. Two sons, Jan en Fokke Dijkstra were active in the resistance.

Every night John Coke did a round with Jan Dijkstra to boost his original fitness. Yet he appeared to be insufficiently recovered to join the Operation Pegasus 1 on the night of October 22 and 23, 1944. He was very disappointed about that and he was glad when a second attempt to escape was organised. Again, he was advised not to participate, due to his medical condition, but Mayor Coke saw it as his duty to participate actively again in the fighting.

So the resistance people brought Coke by bicycle to the assembly point in the village of Lunteren, from where the participants in Operation Pegasus 2 would leave. On the night of 17 November 75 allied troops and 5 guides were together in the grounds of the Wolfswinkel family at Lunteren. Major Hughes Maguire, an intelligence officer of the 1st British Airborne Division, was given the command of the march. Maguire himself commanded the vanguard, armed with six Sten guns. They were followed by the main force, mostly hospital staff and pilots led by two army doctors. Major Coke was appointed as leader of the rearguard, the so-called fighting group. They were equipped with 44 Sten guns and were to secure a safe passage to the river in case of a possible discovery by the Germans.

Very early in the morning of November 18, the group left for the first part of the trip. After several hours, the provisional terminus, a forest plot on the estate Het Wekeromse Zand (The Wekerom Sands) was reached. Here, the whole group spent the whole day in coverage and only towards the evening they went further on the predetermined route. The pace was slow because of the frequent stops, needed to keep the group together. In spite of protests of the guides the leader of the expedition decided to take a shortcut. This meant that the group had to pass the German positions at close range.

The group stopped immediately when they seemed to be spotted by a German. Luckily nothing happened so Major Maguire decided to move on. However, he did not realise that only a small portion of the group was following him. Presently he noticed this, so he went back to find out what kept the stragglers behind. In the dark he ran into Major Coke who also had been looking for stragglers. Major Maguire ordered Coke to join the vanguard with his rearguard within 10 minutes.

Major John Coke never joined Maguires party, because he was killed by enemy fire. About the precise circumstances of his death are different readings. One of them is that Coke got lost and ended up at the farm of forester Schriek. There he would have asked for help and was shot by the Germans who had set up a command post at this farm. This seems unlikely, since Major Coke had come to know this area quite well, as it had been his area of operations during Operation Market Garden. Others are of the opinion that he found his men and placed himself at the head of the group in order to link up with the vanguard. Along the way they would have been stopped by a German patrol. Coke, who spoke fluently German responded but the German soldiers became suspicious and opened fire, whereby Coke was fatally hit.

Initially the body of John Coke was buried near the Schriek farm. Later on, his remains were honourably reburied on the war cemetery of the Commonwealth Arnhem at Oosterbeek. Up to today his grave can still be found in box 23, row B, No. 17.

Without John Cokes knowing, his brother, Major Edward Coke of the 6th KOSB, was killed in September 1944 when he marched up with the ground forces. On request of his mother, the remains of Edward Coke was transferred to the cemetery at Oosterbeek to be buried in the vicinity of his brother. His grave can be found in box 21, row C.

On September 20th 1945 Major John Coke was posthumously awarded for his actions during the battle of Arnhem with a Mentioned in despatches.

bayonet
Pointed weapon that can be placed at the end of a rifle and used in man-to-man combat.
billet
To lodge soldiers in a particular place, especially a civilian's house.
Brigade
Consisted mostly of two or more regiments. Could operate independently or as part of a division. Sometimes they were part of a corps instead of a division. In theory a brigade consisted of 5,000 to 7,000 men.
Commonwealth
Intergovernmental organisation of independent states in the former British Empire. A bomber crew could include an English pilot, a Welsh navigator, air gunners from Australia or New Zealand. There were also non-commonwealth Poles and Czechs in Bomber Command.
Division
Military unit, usually consisting of one upto four regiments and usually making up a corps. In theory a division consists of 10,000 to 20,000 men.
infantry
Foot soldiers of a given army.
infiltration
Quiet incursion into enemy lines prior to an attack.
Jews
Middle Eastern people with own religion that lived in Palestine. They distinguished themselves by their strong monotheism and the strict observance of the Law and tradition. During World War 2 the Jewish people were ruthlessly persecuted and annihilated by the German Nazis. . An estimated 6,000,000 Jews were exterminated.
regiment
Part of a division. A division divided into a number of regiments. In the army traditionally the name of the major organised unit of one type of weapon.
resistance
Resistance against the enemy. Often also with armed resources.
tank
A combat vehicle with heavy armour and heavy armament driving on tracks. The tank, despite its heavy weight, is very mobile and able to move along various types of terrain. These properties, along with heavy firepower and protecting armour, give the tank a big strike power. 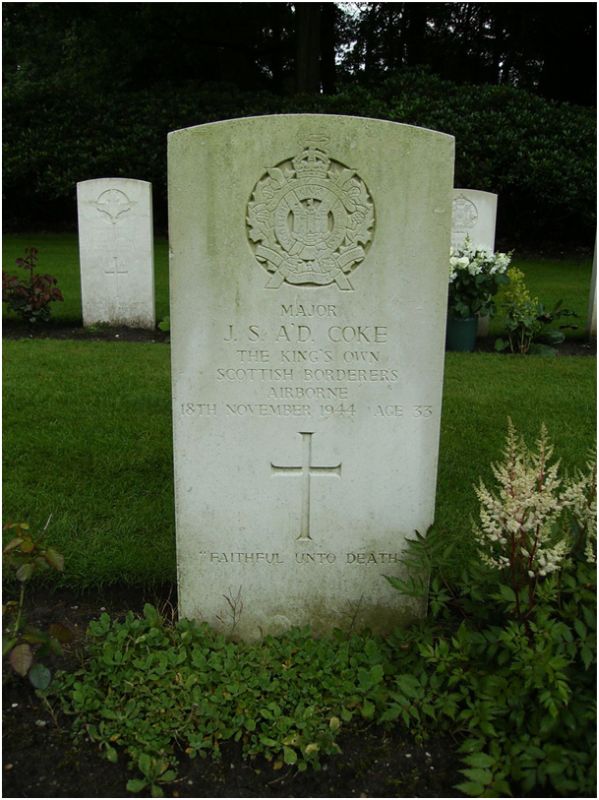 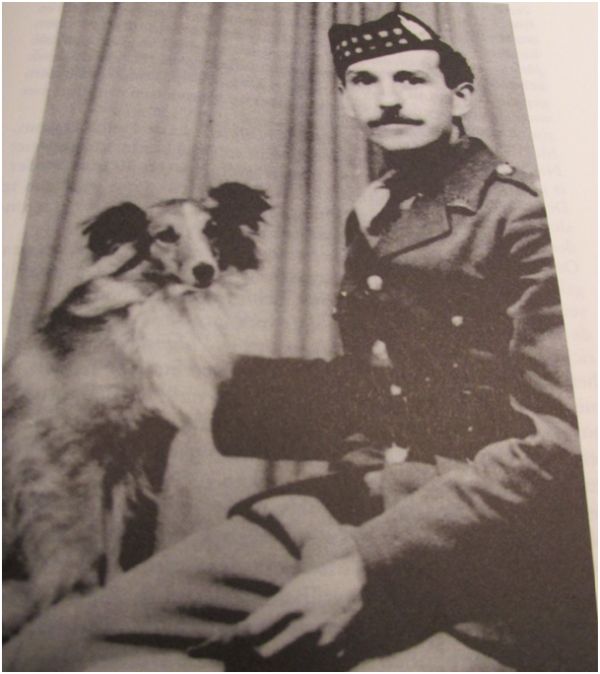 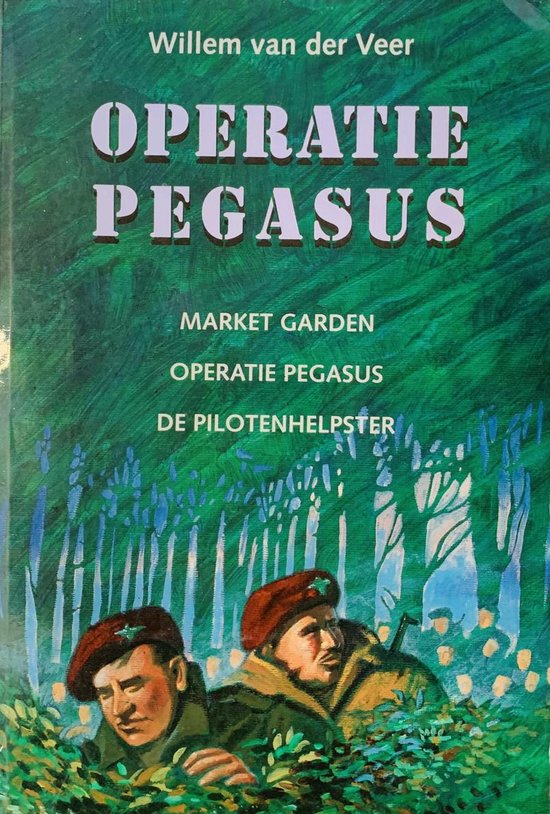 For this article I owe my thanks to mr. Robert N. Sigmond and mr. F. Hager.